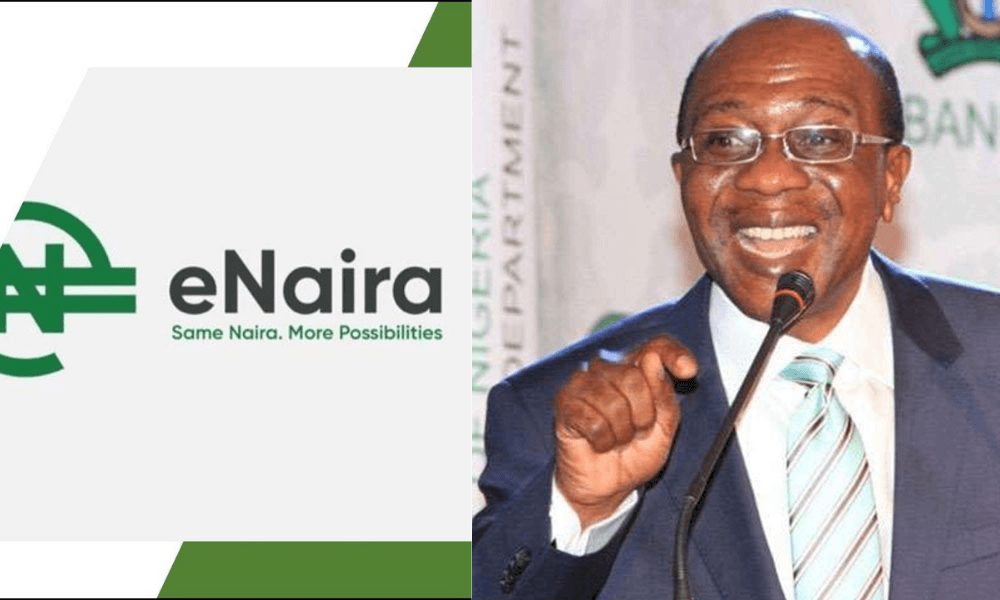 The Central Bank of Nigeria has disassociated itself from a social media handle (@enaira_cbdc) parading as the official handle of the bank.

The warning is coming less than three days after the formal launch of the Central Bank Digital Currency unveiled by President Muhammadu Buhari.

The alleged Twitter handle- ‘@enaira_cbdc’ provided a link which promises to obtain eNaira wallets and become beneficiaries of the said N50bn eNaira currency.

A check by THE WHISTLER shows that the account was created in 2015 and has been active.

On October 26, 2021 the handlers advertised an app which can be accessed via web browsers called ‘eNaira Speed Wallet’

On Wednesday October 27, it tweeted, “Do not give any sensitive information to anyone on any social media platform. Have a complaint, request or concerns about eNaira, lodge a complain only on the official website, or send an email, or call the official phone number on Bio.”

But the CBN while reacting said, “The impostor handle and fraudulent persons have been posting messages related to the eNaira with the intent of wooing unsuspecting Nigerians with claims that the Central Bank of Nigeria (CBN), among other falsities, is disbursing the sum of N50bn eNaira currency.

“These impostors are bent on defrauding innocent and unsuspecting members of the public through the links attached to their messages for application to obtain eNaira wallets and become beneficiaries of the said 50 billion eNaira currency.

“For the avoidance of doubt, the Central of Nigeria (CBN) is not the owner of that twitter handle (@enaira_cbdc) and indeed suspended its presence on Twitter following the Federal Government’s Ban.

“In effect, the Bank is not disbursing eNaira currency to citizens. To this end, members of the public are hereby warned to be wary of fraudsters who have resolved to take advantage of unsuspecting Nigerians.”

BREAKING: Uproar As 8 Out Of 24 Plateau Lawmakers Impeach Speaker

We Have Other Alternatives To Trade Crypto-Currency, Twitter Users Tell CBN