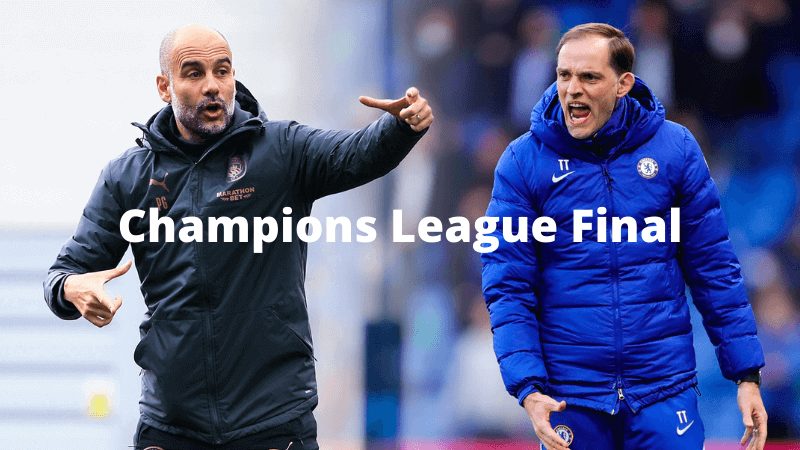 The all English Champions League final between Manchester City and Chelsea FC has been scheduled for Saturday.

The final is coming up a few years after an all English Champions League final between Liverpool and Tottenham Hotspur back in 2019 at the Metropolitano Stadium, Madrid.

The first time Chelsea lifted the trophy was in 2012 beating Bayern Munich at the Allianz Arena, Munich.

But City is looking forward to winning their maiden Champions League trophy.

Pep Guardiola, City coach, will lead his team to a possible history for the club after he achieved the feat twice at FC Barcelona.

For the Chelsea coach, Thomas Tuchel, he is hoping to lift his first and the second for his club.

The final was moved to Estadio do Dragao, Porto in Portugal from  Ataturk Olympic Stadium, Istanbul  after Turkey was placed on the red list due to Covid-19.

Where to watch for free

BT Sport channels 1 and Ultimate will show a live coverage of the match.

You can watch the game at btsport.com/final, on BT Sport’s YouTube channel, and on the BT Sport app for free.

For Nigerians with smart TV they can also stream via BT Sports.

Due to Covid-19 Restrictions, only 6,000 supporters of each club will attend the final, according to UEFA.

The organisers said on Tuesday that the total capacity will be 16,500 which is 33 per cent of the stadium’s 50,033 capacity.

Only 1,700 tickets were reserved for general sale as fans will require a negative PCR COVID-19 test result  to access the Estádio do Dragão for the final.

Man City Vs Chelsea: Final Squad For Both Teams Revealed