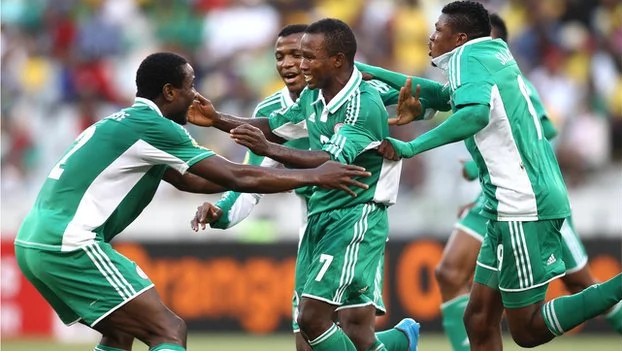 Nigerian Super Eagles Team B squad will take on Angola and Ivory Coast in warm-up games as they prepare for the 2016 African Nation Championship.

According to Super Eagles media officer, Toyin Ibitoye, the warm up matches will be played when the team resumes camping in South Africa.

The home based Super Eagles will play the home based Elephants of Cote d’Ivoire on January 9, and then play Angola two days later.

The Eagles, presently camped in Abuja are due to set up a training camp in Pretoria early next month before they land in Rwanda for the CHAN, which kicks off January 16.

They are in group C, along with Tunisia, Guinea and Niger and they play their first game against the Nigeriens on January 18.

Fani-Kayode Slams Buhari: He Is Spending Money Like Drunken Sailor