Chelsea Board Pass Vote of Confidence on Mourinho 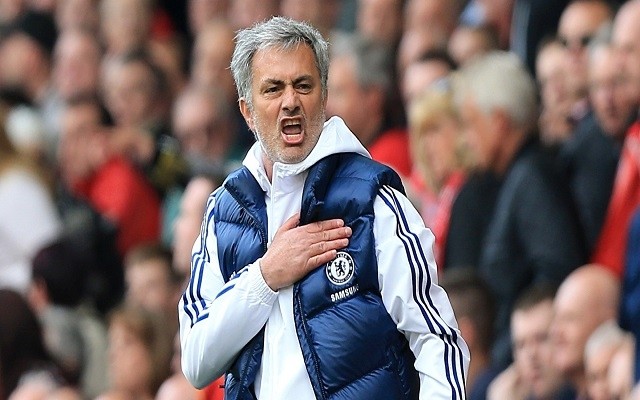 Roman Abramovich and the Chelsea Football Club board, have come out in full support of Jose Mourinho, after the Premier League champions reacted to their worst start to a campaign in 37 years by pledging to stand by their increasingly beleaguered manager.

The London club, in a brief statement on Monday afternoon, confirmed that Mourinho, who signed a new four-year contract in August, will remain in charge for the foreseeable future. The club also acknowledged the urgent need to instigate a revival.

The statement reads; “The club wants to make it clear that José continues to have our full support,

“As José has said himself, results have not been good enough and the team’s performances must improve. However, we believe that we have the right manager to turn this season around and that he has the squad with which to do it.”

Saturdays’s defeat by Southampton, left them 16th, four points off the relegation zone, having lost four of their eight league games.

Traditionally, Abramovich and Chelsea maintain a wall of silence over the future of their managers, particularly when things are going badly, so Mourinho will view the statement as real and unique backing.

The Portuguese also claimed this was the time for Chelsea to prove the club has moved on from the days of quickly sacking managers after bad results and it seems Abramovich agrees.

However, the Chelsea boss did not get off the hook with the authorities, He claimed referees are afraid to give Chelsea penalties after the defeat to Southampton in which striker Radamel Falcao was booked for diving in the box.

In his words; “If the FA wants to punish me, they can punish me, it is not a problem.

“I want to say again that referees are afraid to give decisions to Chelsea. Why? Because we are always punished. We are punished because Diego Costa is suspended with images.

“And this decision today is crucial, do you know why? Because my team in this moment, the first negative thing that happens the team collapse.”

Thereafter, the FA released a statement on Jose Mourinho, who can now expect to be fined.

The statement reads; “Jose Mourinho has been charged for misconduct in relation to media comments he made following Chelsea’s game against Southampton on Saturday 3 October 2015.

“It is alleged his remarks constitute improper conduct in that they allege and/or imply bias on the part of a match official or match officials and/or bring the game into disrepute. He has until 6pm on Thursday 8 October 2015 to respond to the charge.”

Chelsea play Aston Villa, Dynamo Kiev in the Champions League, West Ham United, Stoke City in the Capital One Cup, and Liverpool after the international break.

Meet Four Investors Competing To Take Over Chelsea From Abramovich