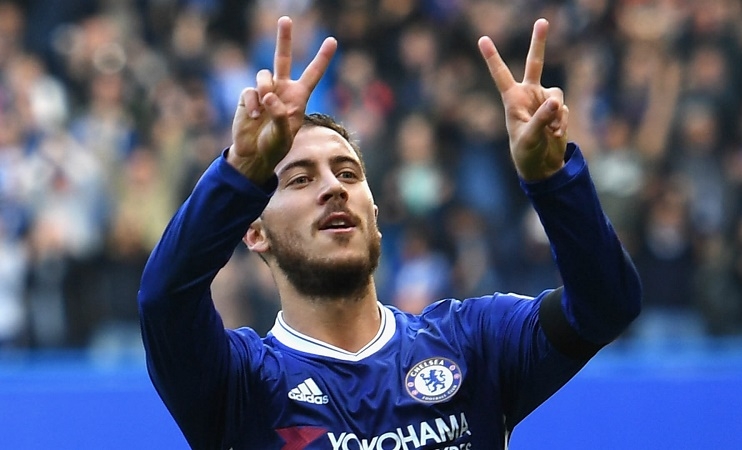 Chelsea midfielder Eden Hazard, has ruled out a move away from Stamford Bridge, describing the West London club as “family”.

The Belgian was named Chelsea’s Player of the Year for the third time in five years at the club.

There have been reports linking the playmaker away from Stamford Bridge, with Spanish champions Real Madrid, hoping to land the Belgian.

However, speaking to Chelsea TV, Hazard who joined the Blues in 2012, said he is happy at Stamford Bridge.

JUST IN: Liverpool To Meet Madrid As UEFA Releases Champions League Round 16 Draw

“I like this club because it’s a family,” he said.

“I have a lot of friends and we all talk to each other. I’ve been here five years now and I’m so happy.

“I’m at one of the best clubs in the world, so I’m very happy to play for such a big club as this.”

“Hopefully next year it is the same, we win the league and then I win Player of the Year,” Hazard said.

“Obviously winning the league is what we want most, and this award is just a bonus.”

Antonio Conte’s side host Burnley in their first match of the 2017/2018 league campaign as they begin the defence of their title, before a trip to Wembley to face last year’s runners-up Tottenham Hotspur, a week later.