Claudio Ranieri: Triumph of the ‘Tinkerman’ After Long Journey 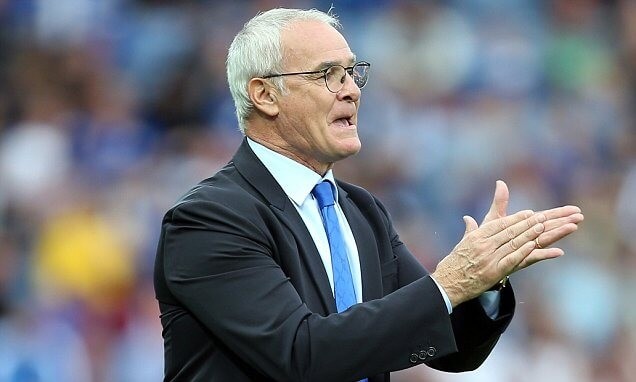 It was the appointment that nobody could quite understand.
Leicester City had sacked manager Nigel Pearson, following a lackluster Premier League campaign and, crucially, a scandal involving his son — and first team player — James Pearson in Thailand.

In his place, the club’s Thai owners hired Claudio Ranieri, the kindly, grandfatherly coach who had just overseen a four-game stint in charge of the Greek national team.

That adventure in international football had ended in tears, with defeat to the Faroe Islands — the Faroe Islands! — and now the Roman, long mocked for his tinkering tactical approach, was being given the keys to one of England’s top-flight teams.

A year before this most fairytale of seasons for the Foxes, which last night culminated in a first-ever Premiership crown, Leicester City and England legend Gary Lineker tweeted his thoughts — and summed up what the rest of us were thinking.

“Claudio Ranieri is clearly experienced, but this is an uninspired choice by Leicester. It’s amazing how the same old names keep getting a go on the managerial merry-go-round.”

Gary Lineker: “Claudio Ranieri is clearly experienced, but this is an uninspired choice by Leicester.” #LCFC pic.twitter.com/hVR0YW4nsx

Likewise, veteran football manager Harry Redknapp questioned how he could “walk back into the Premier League” following the Greece sacking.

The lukewarm reception masked a successful — if not overwhelmingly so — career and a keen tactical mind that had, admittedly, settled into the doldrums.

His first major job came with Italian side Cagliari, which he took from the obscurity of the third division, C1, to the heady heights of Serie A. Jobs at Napoli and a Serie B title — and promotion — with Fiorentina followed. He won his first major honors with the team in 1996, claiming the Coppa Italia, and then the Supercoppa over a star-studded AC Milan team.

He then moved to Spain, achieving success with Valencia — with a Copa del Rey and Champions League football — before a lackluster season at Atletico Madrid.

First spell in England
Still, Chelsea came calling and he moved to London, replacing fan favorite Gianluca Vialli in 2000. While he didn’t win any major trophies with the Blues, he did secure second place — and Champions’

League football — at just the right time, when Russian billionaire Roman Abramovich was browsing for a football club to buy.

While he didn’t set the league on fire in his one season in charge under the Russian billionaire, fending off accusations of unadventurous football and a predilection for tinkering with his formation and preferred lineup, he did bring in players key to Chelsea’s subsequent success, including club legend Frank Lampard.

Most saw his one season in charge under the Russian oligarch in 2003/04 as a stay of execution, and indeed he was quietly moved on in favor of the young, confident Jose Mourinho.

It was a sacking that many saw as unfair for a manager who had led the team through a period of uproar to second-place that season, and his quiet dignity in exit endeared him to many in England.

Since his sacking in 2004 he’s ping-ponged around Europe’s leagues, back to jobs in Italy, Spain and France, before the ill-fated appointment in Greece.

He’s taken big jobs — like Juventus, Inter and Monaco — but until Leicester, was only able to burnish his ‘nearly-man’ tag with runners-up medals — he only had a solitary UEFA super cup triumph with Valencia in 2004 and a promotion for Monaco back to France’s Ligue 1 to add to his resume.

Then came Greek tragedy, which ended abruptly with that loss to the Faroes, currently ranked 90th in the world.

English return
Ranieri’s last time in England was 11 years ago, coaching the nouveau riche Chelsea, and that he was appointed by unfashionable Leicester was testament to his fading star.

Leicester, a rag-tag collection of players collectively worth less than a single one of their illustrious opponents’ superstars, had never won major honors and had flirted with relegation in the 2014/15 season, ultimately coming 14th.

Most had written off the unassuming Midlands club even before a ball was kicked in anger this season, with many in the British press confidently predicting swift demotion back down to the second tier or, failing that, at least a relegation battle. At best, a middling, anonymous spell under the Italian.

English football’s moneyed hierarchy is rigidly stacked against the underdog and Leicester’s triumph probably came as as much a surprise to Ranieri as anyone. But it is a triumph for the most unlikely of teams, and for the quiet tactician — not tinkerman — at the heart of it.