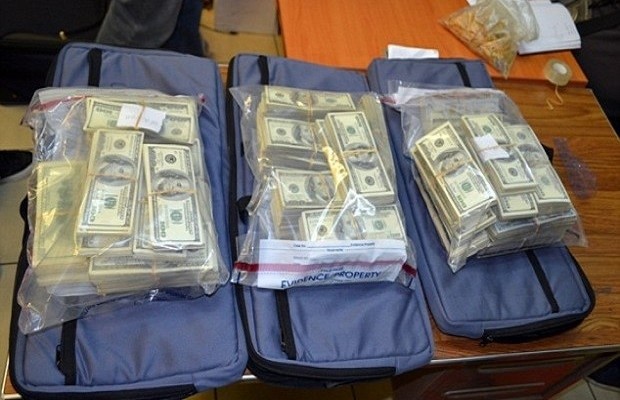 An airport cleaner, Mr. Tijani Owolabi, has been arrested with the sum of $271,135, which translates to about N53m at the Murtala Muhammed International Airport, Lagos.

The suspect was arrested by the aviation security personnel of the Federal Airport Authority of Nigeria (FAAN) while trying to carry the huge sum of money through the screening point.

According to a statement issued by FAAN, the airport cleaner, works with one of the cleaning contractors at the airport.

The statement quoted the Deputy General Manager, Corporate Affairs, FAAN, Mr. Onyekwere Nnaekpe, as saying that some of the foreign currency was found on Owolabi while the rest was recovered from the sanitary bucket he was holding while trying to pass through screening machine.

Nnaekpe said the agency suspected that Owolabi was conveying the currency to an accomplice at the airside of the airport.

The statement by the FAAN read in part, “Aviation security personnel of the Federal Airports Authority of Nigeria today September 3, 2015 prevented the trafficking of a total sum of 271,135 American dollars through the Murtala Muhammed Airport, Ikeja.

“The sum was found on a worker with one of the cleaning contractors at the airport, Mr. Tijani Owolabi, during a pat down at one of the screening points at ‘D’ Finger of the international terminal.

“The airport cleaner who was suspected to be conveying the foreign currency to an accomplice at the sterile area of the terminal, was immediately apprehended by aviation security staff on duty and handed over to the appropriate security agencies at the airport for further investigation.”

This development comes barely two weeks after an Arik Air flight attendant, Mr. Chika Udensi, was arrested at Heathrow Airport in London with 20 kilogrammes of cocaine.

NDLEA and other security agencies said they had increased security surveillance at the nation’s airports, especially the international airports.

UK Deports Another Set Of Nigerians