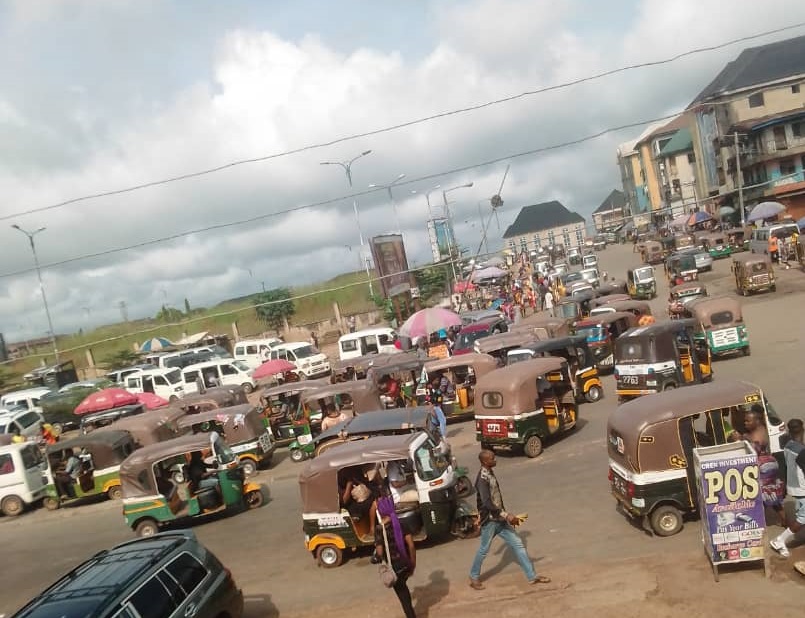 Commercial activities have fully returned in Umuahia, the Abia State capital on Monday as banks, markets, schools and government institutions opened for business following the cancellation of the Monday sit-at-home by the Indigenous People Of Biafra IPOB.

IPOB had on several occasions announced the cancellation of the Monday sit- at -home but some miscreants allegedly enforcing the order have continued to attack innocent people who venture out on the day.

In the past two months, commercial banks and major motor parks in Umuahia have always lock up on Mondays.

Our Correspondent who went round the city observed that residents were going about their normal businesses.

At UBA Aba road, customers were seen going in and out of the bank.

Onyinyechi Gift, a customer who came to deposit money in the bank, said” There’s nothing like sit at home in Umuahia again, everywhere has normalized.”

“Ii is really a thing to thank the IPOB for because the sit-st- home was actually affecting everybody negatively”.

“We can’t be suffering ourselves, the order is counterproductive. I think IPOB leaders should find another means of fighting for this Biafra freedom”

“Most of the people issuing these orders are abroad, staying at home any day Kanu is going to court is welcome”.

Mrs Catherine Chukwuma on her own expressed joy that IPOB has cancelled the sit-at home.

According to her “I’m a teacher in one of the private schools and they pay us according to the number of days you come to work so this is good news for me and my colleagues”.

Meanwhile, In Aba, the commercial hub of the state, residents still observe the sit-at-home because of fear of the unknown.

According to information available to our correspondent, major markets like Ariaria International Market and Ngwa Road Market did not open for business today.

There’s also no much movement within the Aba today