Construction Of $1.19m First FIFA Stadium In Nigeria Kicks Off 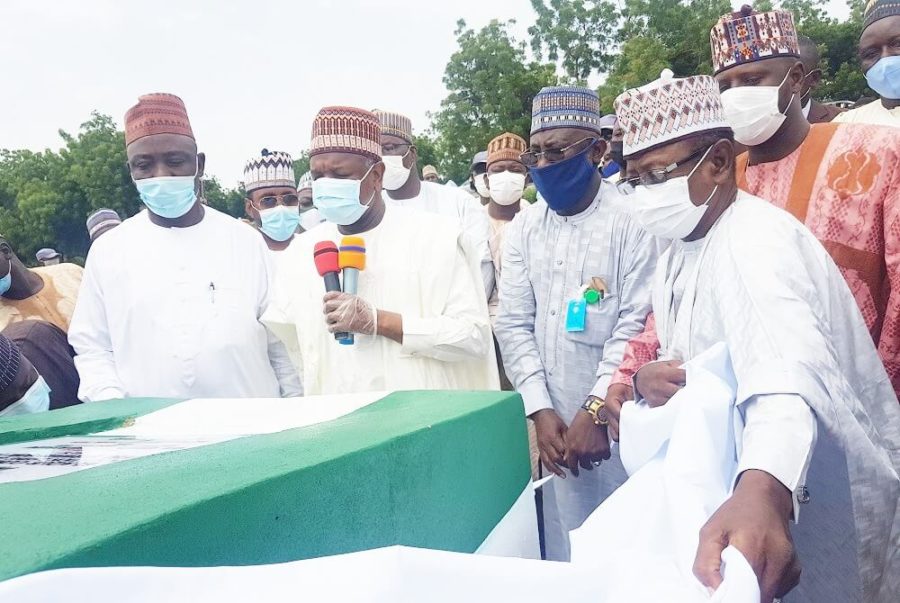 The facility will initially have 267 seats and can be expanded to accommodate 6,000 fans.

It is being constructed through the FIFA/NFF Goal Project.

Contract for the stadium construction, expected to be completed in six months, was awarded to ARON Nig. Ltd at the cost of $1.19 million.

The foundation for the project located on Kalgo Road in Birnin Kebbi. was laid by the governor, supported by executive members of Nigeria Football Federation (NFF).

Bagudu described the project as important to the development of sports in the state, and thanked FIFA and NFF Presidents, Gianni Infantino and Amaju Pinnick, respectively, for the project.

He noted that sports remained an indispensable tool for development of society, adding that society would only progress if reward and performance were encouraged.

According to him, human beings are all equal but only those who work hard flourish.

Bagudu charged youth in the state to take advantage of the facility to excel.

In his speech, the NFF President, said when the proposed project was brought before the NFF national executive, they unanimously supported it.

Pinnick, who was represented by the NFF Chairman of Chairmen, Alhaji Ibrahim Musa-Gusau, said: “We want to appreciate FIFA, especially their officials who collaborated with the Nigeria Football Federation on this project.

“They actually collaborated with us from conception, and for finally giving the go-ahead for it after due diligence had been done and in line with extant best practices.

“When the General Secretary of NFF, Dr Mohammed Sanusi, mooted the idea of this project during one of our meetings in Asaba in 2018, he presented to the board a sound argument.

“I must also give kudos to the board for graciously approving his request.

“This idea is in line with NFF’s and FIFA’s new thinking of grassroots football development and youth empowerment as well as battling social vices.”

He lauded Gov. Bagudu for his robust support for the project from the onset, including the gracious approval of the strategic massive space on which the project would be built.

Dr Mohammed Sanusi, NFF General Secretary said he wouldn’t have become what he became without the support he received from Kebbi.

He recalled that the project was a child of the campaign promises of the present FIFA President, who promised to develop sports from the grassroots.

“When he won the election, Gianni Infantino doubled the money meant for member states. This project has the capacity to accommodate 267 people but can be extended to 6,000.

“It is expected to be completed in six month. We hope to commission it by end of March next year and the total cost of the project is $1,189,470,” he said.

Earlier, Abubakar Cika-Ladan, FA Cairman in Kebbi, said that the stadium was the first of its kind in Nigeria.

While appreciating the state government for its keen interest in the project, the chairman recalled that the government had paid N19 million compensation to land owners.

He said the facility wouldn’t have come at a better time than now in view of the concern Gov. Bagudu has for sports especially football.

Cika-Ladan said Kebbi is well known in beach soccer, recalling that its contingent won the national and continental beach soccer trophy, and represented Africa at the World Cup, where it came second.