Cost of raising fund in the country is set to drop as liquidity will hit the Nigerian economy following the maturity of a N1.3 trillion federal government securities, according to an expert who spoke to THE WHISTLER.

The securities include bonds, Nigeria Treasury Bill (NTB) and other instruments which will be due in the second week of February 2020.A Central Bank of Nigeria (CBN) analyst, Hirki Ben has said the N 1.3 trillion massive inflow into the inter bank money market will force the lending rate to go down thereby causing a decline in the cost of fund from commercial banks and other finance institutions.

The CBN had in January undertaken a moderate tightening policy as they increased banks Cash Reserve Ratio (CRR) from 22.5% to 27.5% due to fear of spike in inflation.

The N 606.4 billion federal government bonds which was issued through the Debt Management Office (DMO) on February 13 2019 will be maturing by 13 February 2020.

According to a data provided by FMDQ Group, the FG intends to finance its capital expenditure programs with the proceeds from the bond.

The Nigerian Treasury Bill NTB of N158.8 billion will mature as well within the same period alongside N47.17 billion from bond coupon payment.

The Open Market Operation (OMO) N 440 billion will likewise mature adding a lump liquidity of about N1.3 trillion in to the already inflation-stricken economy.The  CBN analyst said the inflow will not increase inflation due to the low rates of the FG securities, rather the N 1.3 trillion inflow will force the lending rate to go down thereby causing a decline in the cost of fund from Deposit Money Banks (DMB) and other finance institutions.

The expert also stressed that the development will cause a sharp fall in the cost of production, thereby leading to fall in commodities in the market.

“The maturing securities will not increase inflation when we look at the rate which are so low; the TB is about 2%-6%, while some of the bond are even less than 9%.

“It will only affect it in a positive sense because it will end up creating cheap funds as the lending rate will be forced to go down.

“When funds are cheap, the lending rate will be forced to go down and the cost of production will also be lowered as well,” he said.

Police Yet To Apprehend Kidnappers Of VC’s Daughter – Kaduna PRO

NEC To Carry Out Forensic Audit Of Discos 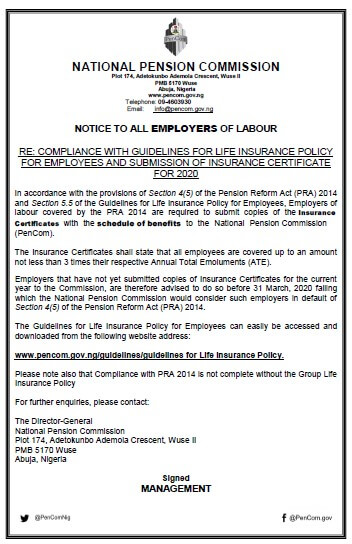 NYSC Members Among 9 Arrested For Internet Fraud In Abuja

COVID-19: ‘Take Steps To Protect Yourself, But Don’t Panic’ – WHO