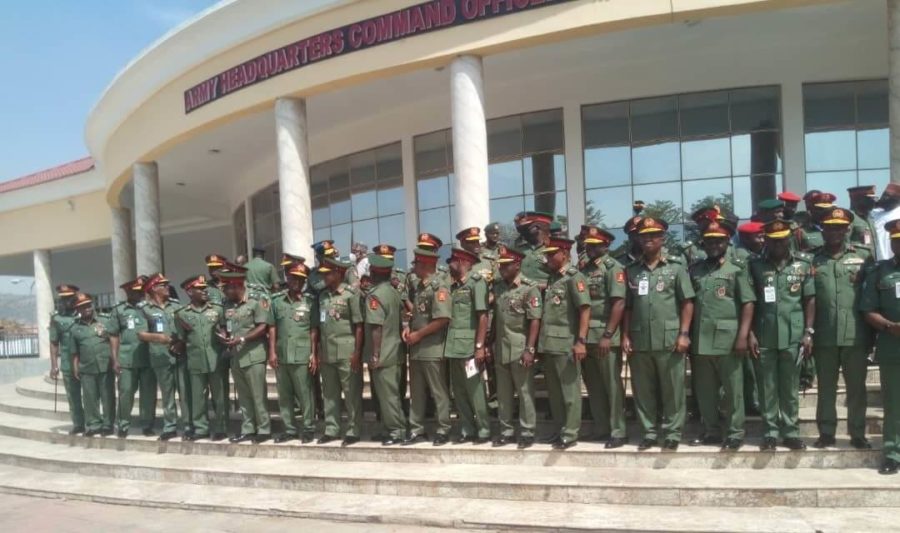 The National Industrial Court sitting in Abuja on Tuesday has ordered the Nigerian Army to reinstate Brigadier-General Abubakar Sa’ad who was given compulsory retirement in 2016.

Recall that Sa’ad was part of the 38 army officers laid off under the leadership of former Chief of Army Staff, Lieutenant General, Yusuf Buratai.

The NA had said in a statement in 2016 that the affected officers were retired from service “based on Service exigencies” and for alleged partisanship during the 2015 General Elections.

But Sa’ad had instituted a court action to overturn his compulsory retirement while joining the Chief of Army Staff, Chief of Defence Staff, Minister of Defence and the Nigerian Army Council as defendants.

Sa’ad also asked the court to order his promotion to the rank of Major General.

On their part, the defendants had argued that Sa’ad became due for disengagement in 2014 being the year he served as an officer for 18 years in accordance with his oath of allegiance.

They further contended that the extension of his service , before he was discharged from the service was a mere privilege.

Reading his judgment on Tuesday, Justice Benedict Kanyip, said that the NA’s decision to retire Sa’ad was not in agreement with Section 30 (2-3)of the Armed Forces Act.

“The argument of the defendant that the claimant was on borrowed time cannot be sustained,” he said.

The judge however observed that Sa’ad’s years of service ended in 2019 and thereby ordered that he should be reinstated while all his rights be given him from when he was compulsorily retired to 2019.

“The purported retirement of the claimant contained in a letter dated 9th June 2016 is hereby set aside.

“It is ordered that the defendant shall reinstate the claimant as an officer of the Nigerian Army with all the rights and privileges as a Brigadier General of the NA up to 2019 when he would have clocked 35 years in the service of the defendants.

“It is ordered that the defendant shall pay the claimant all his salaries, allowances and privileges due to him as a Brigadier General beginning from the 9th of June 2016 to 8th of June 2019 that he clocked 35 years in service,” the judge said.

In Sa’ad remainig reliefs, the court held that he could not show how the process of his promotion was fully activated, adding that “promotion cannot be done orally.”

“I wonder how a court will give effect to a report that was not placed before it, courts are enjoined to never make an order in vague,” the judge said adding that his “claim is hereby dismissed.”

Army Officer Arrested For Assault Of 2 Police Officers In Ibadan