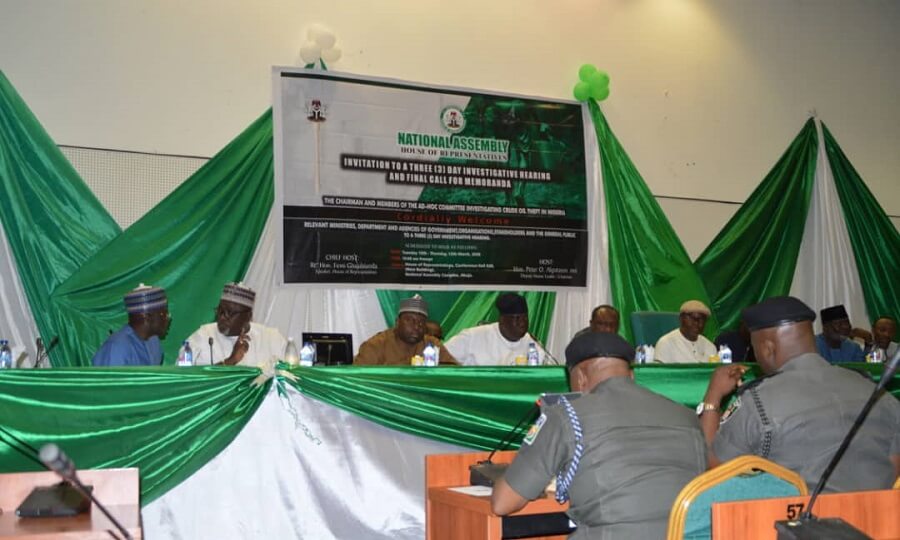 Metering of oil pipelines has been recommended as one of the crucial pathways to reduce crude oil theft in the country.

This was disclosed in a statement by the Youths and Environmental Advocacy Centre (YEAC), on Thursday.

YEAC’s Director, Fyneface Dumnamene Fyneface, was part of the contributors at an investigative hearing organized by the House of Representatives Ad-hoc Committee on Crude Oil Theft in Nigeria, which holds from March 10 to 12.

The Chairman of the Committee, Peter O. Akpatason (Deputy House Leader) had said that the meeting was geared towards discussing the ways to curb crude oil theft, which had resulted in loss of revenue to government.

Fyneface said that the idea of metering oil pipelines would help authorities know when and where the theft is taking place.

“While crude oil theft cannot be stopped 100%, pipeline metering would reduce the quantity of stolen crude and give information about the very point were the theft occur and help us know who to be held responsible for the theft based on who was given pipeline surveillance contract of the area where the crude got stolen”.

He added that reports from the Nigeria Extractive Industry Transparency Initiative (NEITI), among others, showed that over 400,000 barrels of crude oil theft occur in the country, annually.

He also said that the fight against oil theft has been difficult because of the “proliferations of small arms and light weapons used by players in the illegal crude oil trade to sustain the crude oil theft cartel.”

He said that youths were not the only culprits of oil theft in the Niger Delta, but that “oil companies and vessel owners use their government issued and forged bill of lading to over-lift more than the quantity of crude officially approved for their vessels.”

But he stressed that these youths who are caught in the theft of crude oil and artisanal reining could be useful if they were transferred to work in modular refineries.

He said that such tactics would focus the wits of those youths in the running of the refineries, thereby reducing incidences of small scale oil theft, cost of policing Niger Delta creeks as well as create jobs for the youths.

But he said that the National Assembly should promulgate bills that would bring an end to the menace.

“The Federal Government should keep to its promise of issuing modular refinery licenses to Niger Delta youths that the Advocacy Centre had trained on guidelines for the establishment of modular refineries.

“They are currently creating their database in partnership with traditional rulers and formation of cooperative societies for the benefit from modular refineries as directed by President Muhammadu Buhari on January 10, 2020, represented by the Minister of State for Environment, Mrs. Sharon Ikeazor during the commissioning of the laboratory of National Oil Spill Detection and Response Agency (NOSDRA) in Port Harcourt,” the statement said.

At the hearing, a joint paper was presented by a coalition of nongovernmental organizations led by the Executive Director of Civil Society Legislative Advocacy Centre (CISLAC), Auwal Musa Rafsanjani, Sofiri Peterside of the University of Port Harcourt and YEAC.