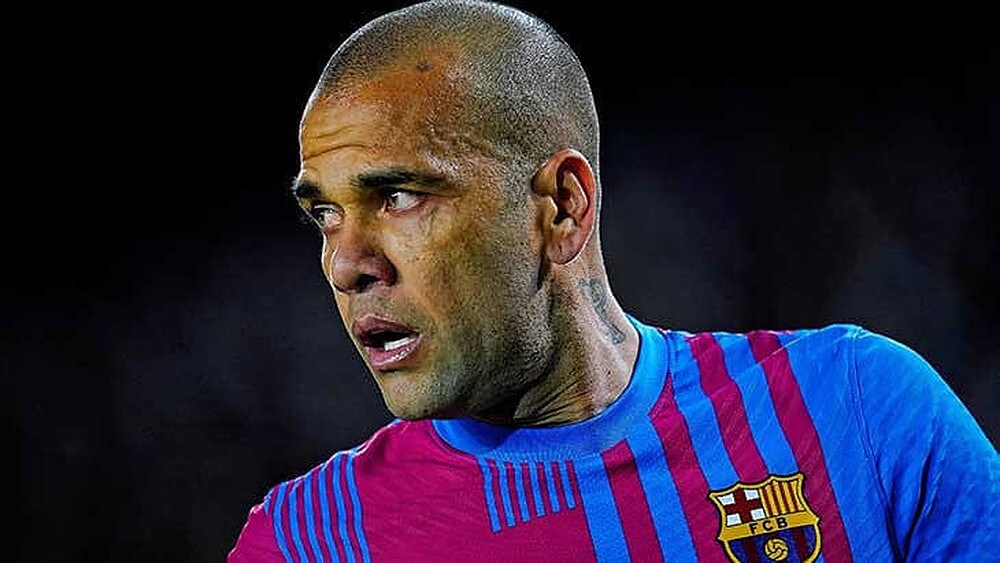 Dani Alvez has confirmed he would leave FC Barcelona this summer after failure to renew his contract.

The veteran confirmed his exit on Wednesday.

Alvez, 39-year-old Brazilian left -back returned to the Camp Nou in 2021 after leaving for Juventus in 2016. He also played for Paris Saint-Germain and Sao Paulo.

The player who was part of the Barcelona golden age wanted a new deal to help him secure a spot in Brazil  Qatar 2022 squad.

The veteran have been informed by the club that they will not propose a new deal.

Barcelona hierarchy are hopping to sign  Cesar Azpilicueta from Chelsea this summer.

Alvez said in a post, “Now the time of our goodbye has arrived. It has been more than 8 years dedicated to these colours and that house… but like everything in life, years go by, paths separate and stories are written from different places – and that’s how it was. They tried to get rid of me but they couldn’t, well, you can’t imagine, or maybe you can, how resistant and resilient I am.

“Many more years passed until football and life, which as always are very grateful to those who respect them, decided to give me the chance to return here and be able to say goodbye.

“I would also like to thank all the staff for the chance that they gave me to return to this club and be able to wear that marvellous shirt once again, they don’t know how happy I am… let’s hope they don’t miss my craziness and happiness each day.

“Let’s also hope that those that are staying make history at this club, I hope so from the bottom of my heart.

“It was 23 titles won: 2 trebles, one sextuple and great book of gold written.

“A very beautiful cycle ends and another even more challenging one begins.”

Train Attack: Many Of Those In Captivity Sick, Need To Be Rescued Urgently— Victims’ Families