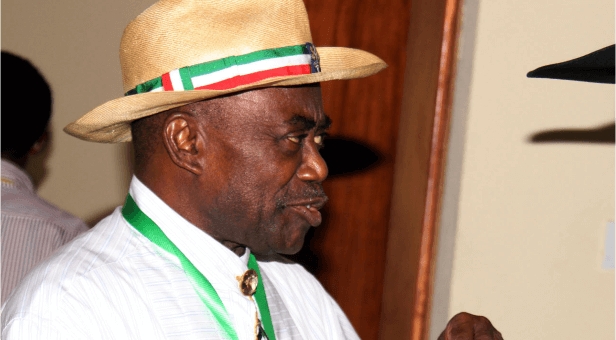 A Rivers State High Court presided over by the Chief Judge of the state, Hon. Justice Adama Iyayi-Laminkara has adjourned to November 29, 2016, hearing on a libel suit brought by a former Governor of Rivers State, Dr. Peter Odili, against the Director-General of the Nigerian Maritime Administration and Safety Agency (NIMASA), Dr. Dakuku Peterside.

Odili had alleged defamation by Peterside, who is the governorship candidate of the All Progressives Congress (APC) in the 2015 general elections in the state, following a statement credited to defendant when he held a press conference after Governor Nyesom Wike’s Supreme Court victory.

He insisted that the NIMASA boss Peterside had alleged in the press conference, that Wike, during his victory thanksgiving service, allegedly stated that Odili helped him to secure victory at the Supreme Court.

Odili stated that Peterside’s claim was false and malicious, as Wike never made such inference, but that Peterside twisted and misrepresented what the governor said.

Recall that during the first hearing on the suit on October 11, 2016, neither Peterside, nor any of legal representatives were in the court.

But at the resumed hearing on Thursday, counsel to the NIMASA boss, Rowland Otaru, claimed that they were not in court on October 11 because they were not properly served, and prayed the court for adjournment to enable them file their defense.

Lead counsel to Odili, Kanu Agabi SAN, however did not oppose the prayer for adjournment but insisted that the defendant was properly served.

Speaking to journalists, Agabi SAN, said, “Well, the Court obliged the defendant’s request to come back for defense. I am happy that the defendant is coming back to defend his actions.”

Also, Peterside’s counsel, Otaru told journalists, “We are not aware that the matter had been on because we were not served. It was sent to a wrong address and we will address the issue later.

“We are coming back on the 29th of November but before then, we are going to fill the necessary Court papers. As I said before, this is a libel suit, so, we should be given a fair hearing.”