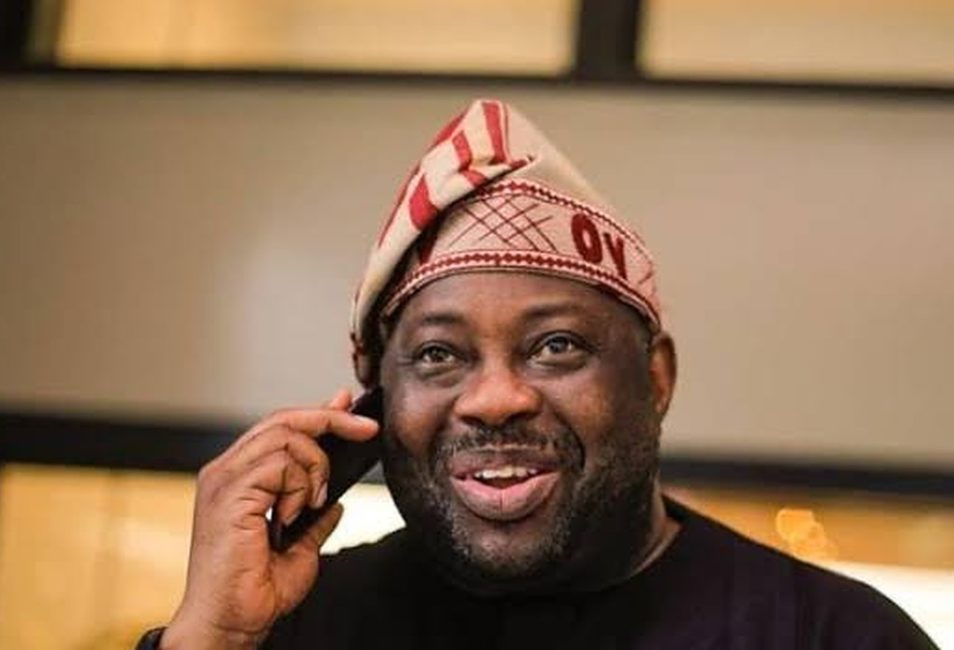 Publisher and former presidential candidate of National Conscience Party, NCP, Mr Dele Momodu, on Thursday, met with national chairman of the Peoples Democratic Party, PDP, Mr Iyorchia Ayu, where he declared to run for the office of the President in the 2023 election.

Decked in black ‘babariga’ with a cap to match, Momodu presented Ayu with a letter of interest, describing himself as “the best, most prepared aspirant,” to turn around the fortunes of the country.

He enjoined the leadership of the PDP not to be hasty in choosing the party’s flag bearer, noting that 2023 offers the PDP the opportunity to seek the nod of Nigerians to reposition the country.

He vowed not to be intimidated by money bags whose illegally acquired wealth has for many years done the country more harm than good.

He defected to the PDP in 2021 from the ruling All Progressives Congress. He was a vocal voice for change in 2014 and played significant role in the emergence of President Muhammadu Buhari, whom he described as a miracle worker that would change the fortunes of Nigeria.

He declared in an Instagram post soon after Buhari was declared winner of the 2015 presidential election, a congratulatory message with picture and an inscription: “#ANewNigeria Congratulations Nigerians! The Saviour is here”.

He fell out with the APC soon after, and some have claimed it was because he was not given ministerial appointment.

After joining the PDP he apologised and added that, ‘It is clear to me that given the dangerous and disastrous drift that our nation has experienced in the past six years, the only party from which amends can be made to rectify our situation is the Peoples Democratic Party, PDP.”