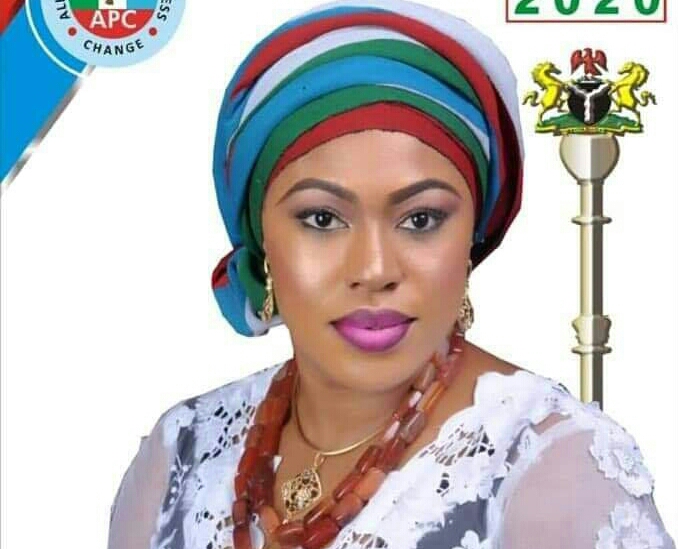 Princess Miriam Onuoha, a consummate advocate of development-oriented legislation, environmental consultant and women and youth empowerment activist was on Wednesday sworn in as a member of the House of Representatives.

She replaced Obinna Onwubuariri of the Peoples Democratic Party who she defeated at Saturday’s House of Representatives rerun election for Okigwe North federal constituency of Imo State.

Princess Onuoha is an environmental consultant with over ten years’ experience serving at different levels of leadership in national, state and local government establishments where she has initiated and driven interventions in development issues, environmental affairs, tourism as well as women and youth empowerment.

A grassroots mobilizer and former legislative aide, Princess Onuoha will be coming into the green chambers with years of legislative advocacy in her bag, having worked with lawmakers at the federal and state levels since 2012.

She is expected to bring her dynamism and intellect into the green chambers to give women more voice and impact the legislative agenda of the House.

Onuoha was sworn in to represent the people of Okigwe North, Imo State, who she had promised to give quality representation.

The Speaker, Femi Gbajabiamila commended Onuoha and the newly sworn in lawmakers for their courageous move in the just concluded elections.

She has worked as Member, Board of Nigerian Tourism Development Co-operation and served as Chairman, Tourism Development and Investment Committee where she led effort to develop roadmap for increased revenue in tourism sector through public-private partnership.

She designed the state’s Graduate’s First Employment Scheme which proposed to reduce hassles with applicants with no previous job experience, and developed database of indigent unemployed women and youth.

She had previously served as Consultant to the Bayelsa State Government on Intergovernmental & Investment Matters and helped carry out comprehensive mapping of State’s environmental problems.

Princess Onuoha, who has already begun legislative business, promised to give quality representation to the people of her constituency and to Nigerians.

She is known to be passionate about women and children issues and would be expected to be a strong voice for them in the legislative chambers.

A native of Umunachi Osu-Ama in Insiala Mbano Local Government Area of Imo State, where she attended her early childhood education at Central School before going to Tilley Gyado College Markudi, Benue State.

She had previously served as a Senior Special Assistant to the Governor of Bayelsa State on International Development Cooperation amongst other previous political engagement.