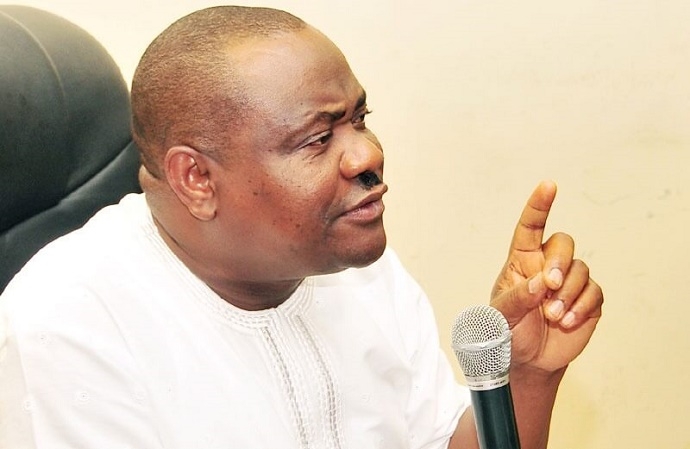 Rivers State Governor, Nyesom Wike, has cautioned against giving law enforcement agencies the latitude to abuse the fundamental rights of Nigerians in the name of fighting corruption.

The governor said though he supports the fight against corruption, it must be done within the confines of the rule of law.

Delivering a keynote at the 2016 Annual General Meeting of the Chartered Institute of Arbitrators, UK Nigeria on Thursday in Port Harcourt, the governor said: “We totally support our President’s fight against corruption. However, we are still a democracy and the rule of law is still supreme.

“We are on our way to anarchy if we encourage or allow law enforcement agencies the latitude to abuse the fundamental rights of our citizens under the guise of fighting corruption.”

Wike in a statement by Simeon Nwakaudu, Special Assistant to the Rivers State Governor, Electronic Media, regretted that there are two standards in the fight against corruption in the country.

He said: “We also think that the Federal Government must hold every public officer, and indeed, every one of us, to the same standards of accountability.

“It smacks of double standards for the Federal Government to force some public officers accused of corruption to step aside pending the conclusion of their cases, while keeping other public officers similarly accused in their public posts simply because they happen to be top members of the ruling party.”

The governor added: “By resigning from his public positions on account of the allegations of bribery against him, Muiz Banire SAN, the former Legal Adviser of the All Peoples Congress has proven to be a man who loves his character more than anything else. Let all those public officers with the smear of corruption step aside honourable and concentrate on clearing their names”

On the printing of fake election result sheets and other very sensitive materials by the Rivers APC at Number 12 Isiokpo Street, Wike said: “Instead of swiftly investigating and charging the suspects to court, the police high command has forcibly blocked the local police and ordered the matter transferred to the zonal office in Calabar, where it will be deliberately bungled and eventually consigned to the waste bin.

“Our worry is that the recurrent incidents of undue compromises in the election process by INEC and the security agencies generate social tensions, with attendant risk of erupting into physical resistance on election days and consequences for peace, safety and development.”

The governor used the occasion to outline the successes of his administration in the area of infrastructural development, civil service welfare, health, education, rural and urban development.

In her remarks, the Chair of Chartered Institute of Arbitrators UK Nigeria Branch, Mrs. Adedoyin Rhodes-Vivour, said the frontiers of alternative dispute resolution are expanding. He said that arbitration is very relevant to the development of the country.

Chief Judge of Rivers State, Justice Adama Iyayi-Laminkara, noted that the judiciary takes cognisance of the importance of arbitration in the adjudication process.

The Annual General Meeting of the Chartered Institute of Arbitrators attracted Arbitrators from across the country and the United States of America.