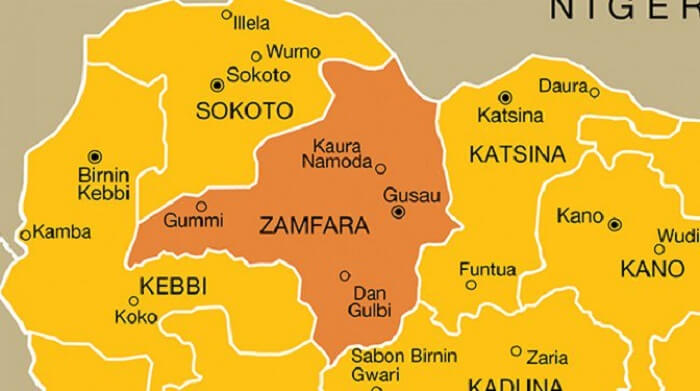 More than 30 persons were on Thursday buried in Bawan Daji village of Anka local government area of Zamfara state, following an attack on the village.

Suspected bandits attacked the area after some members of the community held a meeting to discuss measures to be taken against invaders during the 2018 farming season.

The bandits had earlier threatened that there would be no farming activities in the area in this year’s rainy season.

Liman Umar, one of the community leaders and the deputy Imam of the village, told reporters that the bandits had been harassing people in the area, brandishing sophisticated weapons without talking to anyone.

“It was shortly after our local vigilante members held the meeting on Tuesday that the bandits finally struck and killed only men including those who tried to escape,” Umar said

He said many bodies were found decomposing in the bushes, and that some of the corpses could not be brought into the village for proper burial because people were afraid to go and get them as the attackers were believed to be hiding on the outskirts of the village.

He said one of the villagers, Danladi Shabalai, who was caught communicating with the suspects, was shot and killed by security men.

Mustapha Gado, chairman of Anka local government, confirmed that 32 persons were buried including a woman and her child who died at a hospital in Gusau, the state capital.

Gado said more bodies were still being searched for in the bushes and that security measures had been stepped up in the area, but that the villagers had all ran away out of fear.

Attahiru Ahmad, emir of Anka, who is also the chairman of the state’s council of chiefs, lamented that the horrific incidences of bandits’ attacks had continued unabated in the area due to inadequate security.

How Diezani, Yari, Others, Forfeited N41 Billion To Buhari’s Govt