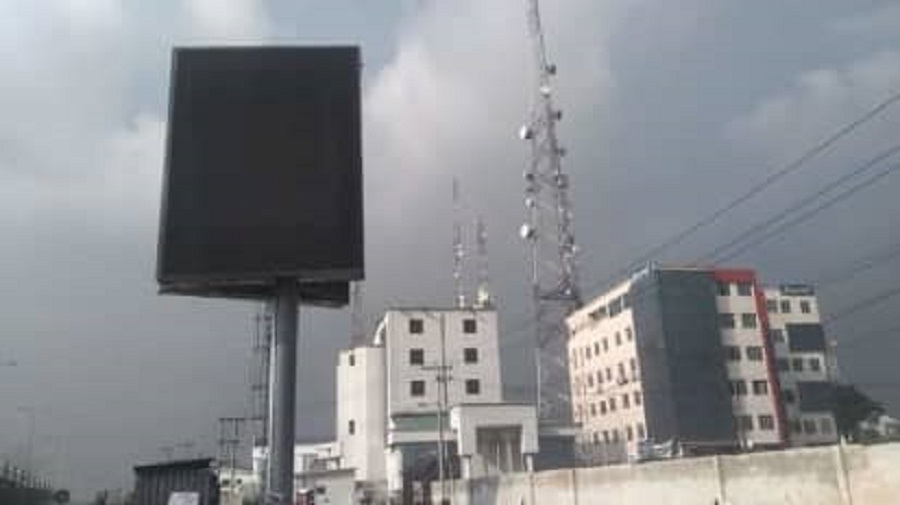 Motorists and pedestrians along the Garrison Flyover in Port Harcourt were shocked to see an electronic billboard mounted along the road play 60 seconds sex tape on Friday morning.

The billboard was mounted by E-Motion Communications Nigeria Limited.

The sexual assault on motorists and pedestrians by the billboard attracted the attention of the state government.

The Rivers State Signage and Advertisement Agency (RISAA) has shut down the billboard and arrested two officials of the company that owned the billboard.

According to a motorist, Kingston Ekwere, who saw the pornography, said it caused traffic hold up around the flyover.

He said, “I parked by the Garrison flyover waiting for it to get to my turn to load my car when I saw people looking at the bill board passionately and laughing.

“I immediately look towards the direction of attention and behold, it was a display of sex tape.

“The whole flyover went agog as everybody, motorists and people working, had to stop to watch the film as many condemned it and some youths were happy viewing it.”

RISAA in a statement on Friday said it is not taking the matter lightly.

The Managing Director, Hon. Anthony Okeah, is expected to host a press briefing today to address what the agency described as “the unprofessional display of a video by an outdoor practitioner on their LED billboard at Garrison.”

The agency said: “Let it be known that RISAA is not responsible for the regulation of contents on billboards, as it is the sole responsibility of APCON. RISAA is mandated by law to [register] billboard structures in Rivers State.”