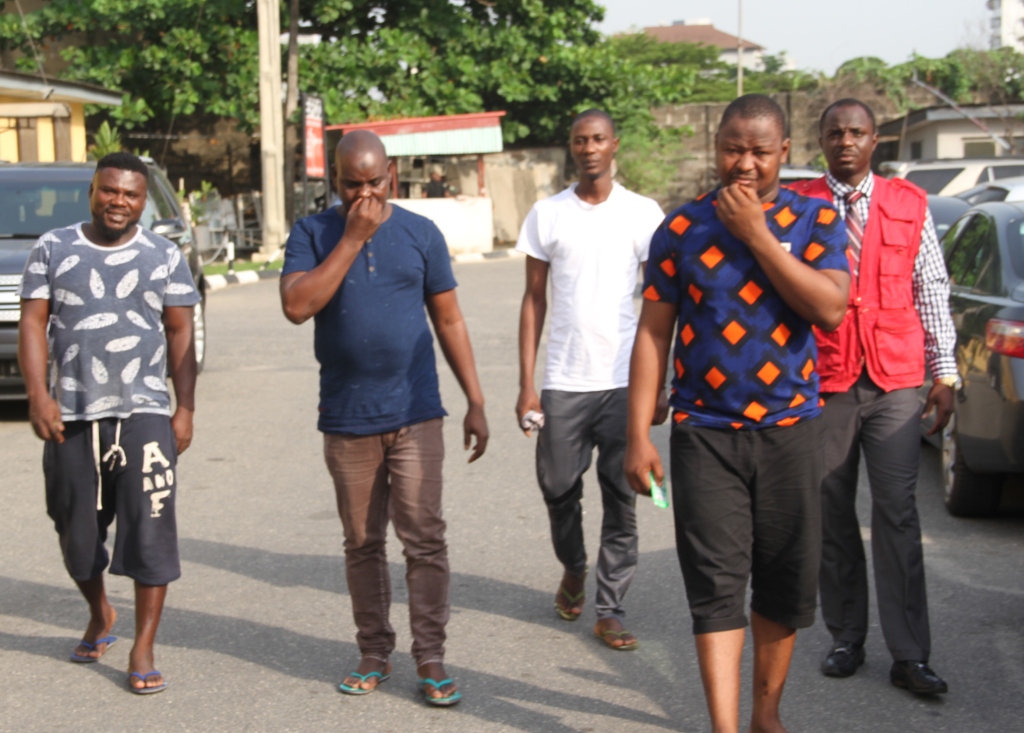 The Economic and Financial Crimes Commission (EFCC), on Thursday, arraigned Adewale Dalmeida, Ibrahim Lawal and Lukman Adam, who are employees of Dangote Cement, Ibese, Ogun State, and one Afeez Olaniba before Justice O. J. Bamgbose of the High Court of Ogun State, Abeokuta on a two-count charge bordering on conspiracy and stealing to the tune of N15m (Fifteen Million Naira).

The complainant, Dangote Cement, alleged that Dalmeida, a fleet analyst; Lawal, chief driver; Adam, a Ghanaian driver and Olaniba, who is an agent of a contractor to the company, diverted nine trucks carrying 800 bags of cement each valued at over N15m.

The defendants were said to have diverted the trucks carrying the bags of cement, which were meant for the company’s customers in Togo, using fake identification cards and number plates.

Count one reads: ” That you, Adewale Dalmeida, Ibrahim Lawal, Afeez Olaniba and Lukman Adam, between May and August, 2018 at Ibese, within the jurisdiction of this honourable Court, conspired amongst yourselves to commit felony, to wit: stealing of the sum of N15, 940, 800.00 00 (Fifteen Million, Nine Hundred and Forty Thousand, Eight Hundred Naira) property of Dangote Cement Place”.

The suspects pleaded not guilty to the charge when it was read to them.

In view of their pleas, the prosecution counsel, Idris Mohammed, asked the court for a trial date and also prayed that the defendants be remanded in prison custody.

The prosecution counsel also told the court that the defendants had not filed any application for bail before the court.

Consequently, counsels to the defendants prayed the court to move oral application for bail on behalf of their clients, arguing that “they have been in the EFCC custody since September.”

The defence counsels further urged the court to remand the defendants in the EFCC custody pending the hearing of their bail applications.

However, the prosecution counsel opposed the prayers of the defence counsels to remand the defendants in the EFCC custody.

Justice Bamgbose remanded the defendants in Ibara Prison custody, Abeokuta, Ogun State and adjourned till December 17, 2018 for hearing of the bail applications and commencement of trial.

2019: What I Will Do With Nigerians Mandate – Buhari