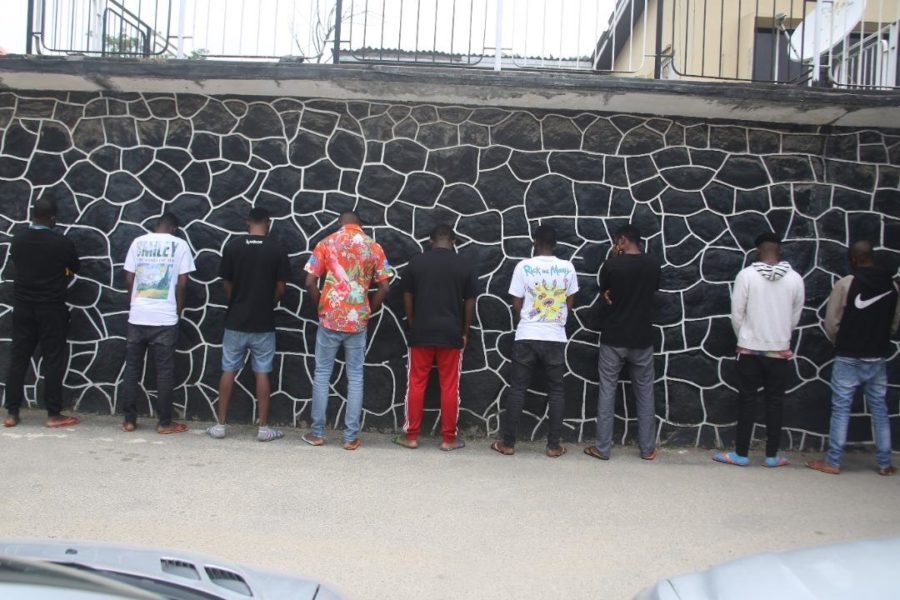 Fifteen suspected Internet fraudsters, popularly known as ‘Yahoo Yahoo Boys’, have been arrested by the Lagos Zonal Office of the Economic and Financial Crimes Commission (EFCC).

The suspects were arrested on 15 August at Ayo Babatunde Crescent and James Adejumo areas of Lekki in the state.

The anti-graft agency acted on intelligence volunteered on the activities of the suspects.

A statement by the spokesman of the agency, Dele Oyewale, gave further insight into how they were arrested.

He said: “During the arrest, the suspects, who are allegedly members of Organised Cyber Criminal Syndicate Network, OCCSN, tried to destroy evidence by flushing their mobile devices into the toilet, burning some and also throwing their laptops into the nearby bush and lagoon.”

The EFCC spokesman further listed items recovered from the suspects to include nine exotic vehicles, mobile devices and laptops.

He added: “The suspects will soon be charged to court.”

Executive Orders In Nigeria Encroach On Rule Of Law – Ajulo