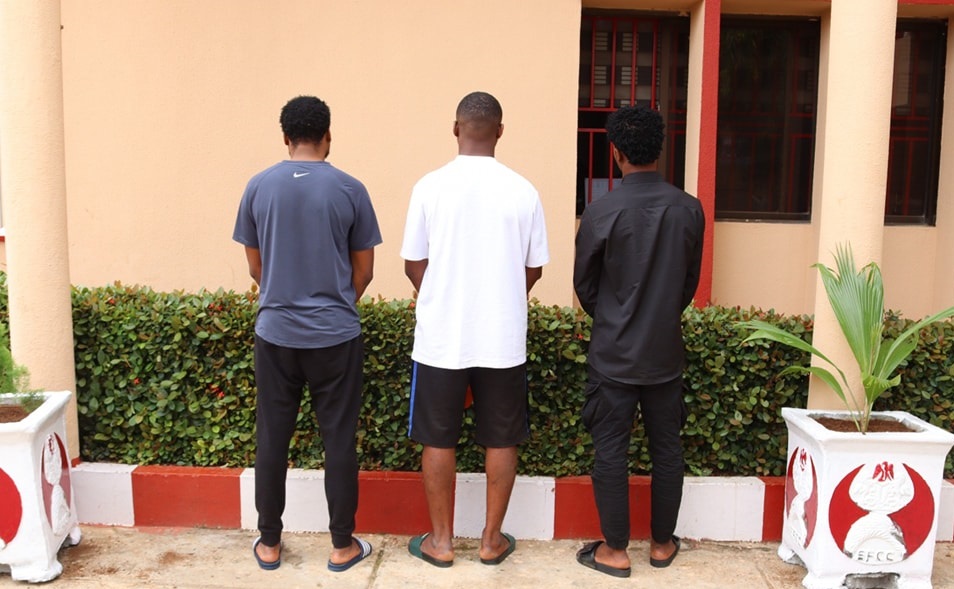 As part of the Economic and Financial Crimes Commission’s renewed onslaught against corruption and illegal movement of cash through the nation’s airports, three suspected internet fraudsters were on Monday arrested.

They were arrested by the operatives of the Ilorin Zonal Command of the EFCC.

Two of the suspects Olawale Ipadeola and Opeyemi Badmus, flew in from Lagos around 11:56am.

Upon landing, they were said to have fallen into the waiting hands of the operatives of the EFCC at the airport, and were arrested immediately.

Preliminary investigations have shown that the suspects possessed several fraudulent documents on their devices.

Fraud: He Was Motivated By ‘Unrestrained Greed’ – US Judge Jails Ogun…