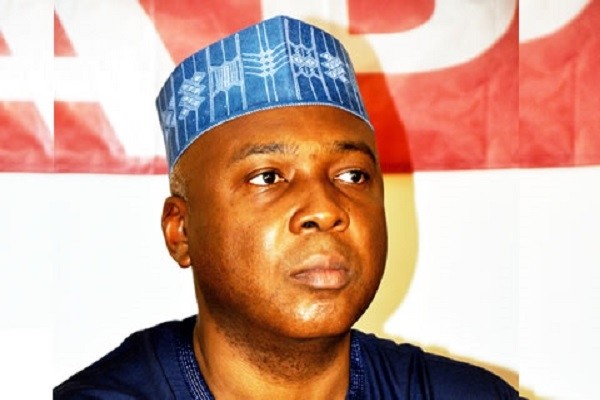 A statement issued by the Head of Media and Publicity of the EFCC, Mr. Wilson Uwujaren read:
“Kennedy Izuagbe, a former Director of Societe Generale Bank Nigeria Plc and Managing Director of Carlisle Properties and Investment Limited, has been declared wanted by the Economic and Financial Crimes Commission.

“Izuagbe, 45, who is being investigated in a case of conspiracy and money laundering to the tune of over N3.6 billion, has gone into hiding and all efforts to reach him have proved abortive.

“He is linked to the several shady deals and gross financial misconducts that took place in the bank, in which several millions of naira were granted as loan without due diligence.”

The statement said that Izuagbe who is a native of Iviukhua village, near Agenebode, Etsako East local government area of Edo State, is believed to have fled the country.

The EFCC, however, enjoins members of the public with information on the whereabouts of Izuagbe to contact any of its offices in Lagos, Abuja, Port Harcourt, Enugu, Gombe and Kano, or the nearest police station.

Saraki, in an exparte motion filed at a Federal High Court, Abuja, asked the court to stop the Federal Ministry of Justice, the CCB and the tribunal as well as a director in the office of the Attorney General of the Federation, M. S Hassan, from taking any further step at the CCT pending the hearing and determination of the substantive suit he filed before the court.

We Don’t Know Why Magu Was Promoted, He’s Not Cleared From Corruption Allegations Yet – Minister

Saraki was said to have declared that the said house was possessed through Carlisle Properties, the company headed by Izuagbe, who was declared wanted on Thursday by the EFCC.

In his exparte motion, the Senate President is praying the court to declare that the Ministry of Justice has not complied with the provision of the 3rd Schedule of Section 24(1) of the Code of Conduct Bureau and Tribunal Act to act before proffering a charge against him.

Mahmud Magaji (SAN), arguing the motion on behalf of the senate president, said based on the provision of Section 24 of the CCB and CCT Act, Saraki’s prosecution before the CCT ought to have been initiated by the Attorney General of the Federation or any officer directed by the AGF.

He argued that, “In the absence of any subsisting AGF in the time being, this court has the jurisdiction to direct parties to maintain status quo pending the hearing of the motion on notice.”

Magaji said that since there was no subsisting AGF, the charge against him by the official of the Federal Ministry of Justice before the CCT is void as the provisions of section 24 (1) of the CCB and the tribunal was not complied with.

Justice Ahmed Ramat Mohammed, in a ruling in his chamber, summoned the chairmen of the CCB and the CCT to appear before him on September 21, 2015 to show why they should not be restrained from arraigning Saraki.

The order, the judge held, was made pursuant to the provision or Order 26 Rule 10 of the Federal High Court (Civil procedure) Rules 2009.

Others are claiming to own property on No 42 Gerard Road, Ikoyi and earning N110, 000,000.00 per annum at a time the said property was under construction; failure to declare N375m GTB loan converted to 1.5m Pound Sterling and used to purchase property in London; operating a foreign bank account; transfer of $3.4m from GTB to foreign bank account during his tenure as governor and failure to declare leasehold interest in No. 42, Remi Fani-Kayode Street, Ikeja.

2Face Idibia is 40 Today, Happy Birthday To Him

We Don’t Know Why Magu Was Promoted, He’s Not Cleared From Corruption…