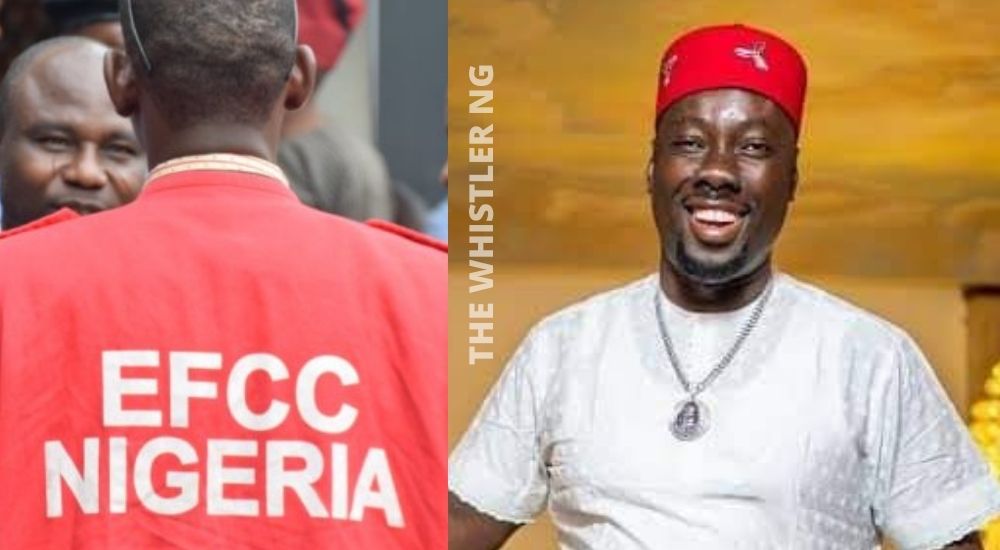 The Chairman of Cubana Group, Obinna Iyiegbu, popularly known as Obi Cubana, has been reportedly arrested by the Economic and Financial Crimes Commission (EFCC).

According to reports, operatives of the anti-graft agency arrested the socialite and serial entrepreneur on Monday for alleged money laundering.

It is unclear if the businessman is still being held by the EFCC, but The Punch reports that operatives at the headquarters of the anti-graft agency started interrogating him on Monday afternoon.

In the post that talks about “mentorship”, the businessman advised successful people to “make more millionaires” around them to lessen people’s dependence on them.

He wrote, “Your chances of success in life can be amplified by having the right mentor.

“The valuable connections, timely advice, occasional checks together with the spiritual and moral guidance you will gain from having a mentor will literally leapfrog you to success.

“Now as a successful individual or mentor, be the kind of leader that creates other leaders. They say “WE rise by lifting others”. The greatest good you can do for another is not just to share your riches but to reveal to him his own. Rather than give fish, teach him how to make fish.

“Nobody goes to the grave with what he/she has acquired here on earth; be it wealth, experience, knowledge, power, etc,!!

“As a mentor, when God blesses you, mentor people around you and teach them the rudiments of success.

“What you learnt in life late, teach someone early so they can be ahead of the curve. We cannot hold a torch to light another’s path without brightening our own.

“Teach other people as a boss and be humble enough to learn as a mentee.
This might be the best decision you will ever make in your journey to success.
To get to the top, to be at the top, and to remain at the top; You MUST pick some people up!! Do not be stingy in mentoring, and do not be too proud to be mentored!!”

Obi Cubana’s arrest came about two weeks after he bagged The Sun Hospitality Icon of the year award.

Anambra 2021: ‘ You’re In Govt But Nothing Has Changed,’– Ozigbo Tells Soludo