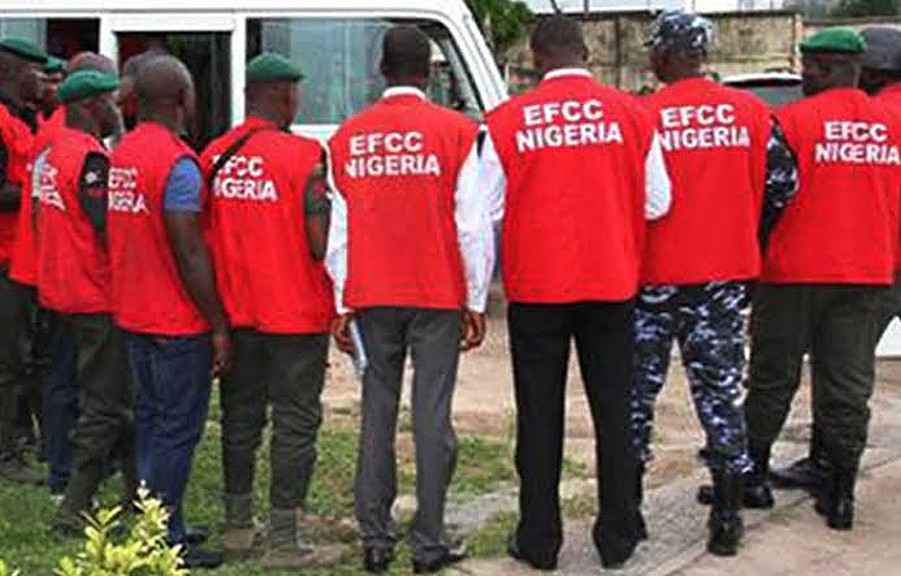 The  Economic and Financial Crimes Commission, Ibadan Zonal Headquarters has secured convictions of 13 persons including a corporate entity  it charged to different courts in Ibadan and Osogbo, the Osun State capital.

The anti-graft agency said in a  statement on Wednesday that the convictions were secured on Monday at  Federal  as well as State High Courts in the two states.

One of the convicts, B.T.D Multiglobal Limited, was found guilty of counts 1, 2, 3, 4, 5, 6 and 7 preferred against them by the EFCC by Justice Nathaniel Ayo-Emmanuel of Federal High Court, Osogbo.

In December 2017, the Commission said it received a petition alleging  that B.T.D Multiglobal Limited and one Adewumi of fraudulently misappropriating N1billion from about 8,000 investors.

The court, in its judgment ordered the revocation of the certificate of incorporation of the company and ordered that the Corporate Affairs Commission should wind its operations down.

Justice Ayo-Emmanuel ordered that, “The proceeds therefrom, as well as the sum of N32million recovered in the course of investigation, should be used to pay the investors.”

The judge also found Adewumi, who claimed to be 20 year-old and a student of Federal University of Technology, Akure as at the time the offence was committed, guilty of counts 1 and 2 and was slammed with three-year-imprisonment for each of the two counts, to run concurrently.

The judge  also sentenced Akpoyen to 10 months imprisonment over fraudulent impersonation, while ordering a prison term of six years on Owolabi for impersonation and illegal possession of documents.

The convicts are to  make restitution to  their victims and forfeit the items recovered from them to the Federal Government.