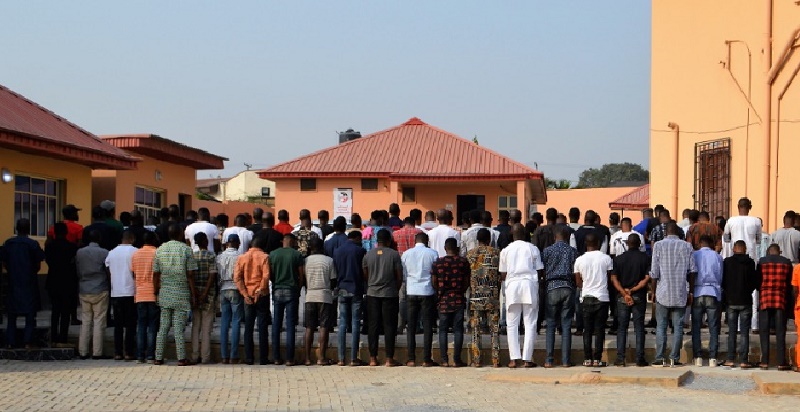 The Economic and Financial Crimes Commission (EFCC) may have recorded yet another milestone in its fight against internet fraud, popularly known as “Yahoo Yahoo” following the arrest of 89 suspects in a Night club in Ibadan, the Oyo State capital.

In a statement posted on its Facebook page on Monday, the EFCC said the fraudsters were arrested at the popular Club 360 located on the Akala Expressway, Oluyole Extension, leading to the confiscation of scores of vehicles, laptops, sophisticated phones and other items.

According to the post, in preparation for the late night operation, officers of the commission had carried out series of discreet surveillance on the nature of activities going on in the nightclub which, according to intelligence, was notorious for harboring suspected internet fraudsters.

The statement added that the suspects are undergoing further interrogation.

Recall that in October last year, a similar operation by the anti-graft agency was carried out where 94 suspected to be internet fraudsters were arrested at a night party, known as “Club Secret Underground.”

The operation also led to the confiscation of about 19 exotic cars, laptops, scores of sophisticated mobile phones and other items

WHO Warns Countries To Brace Up As China Virus Spreads ﻿

Why Is Buhari Still Keeping The Service Chiefs?