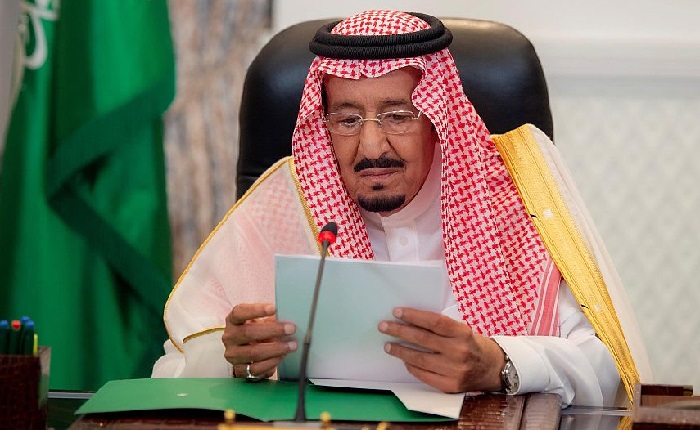 On Tuesday, the King of Saudi Arabia and the Custodian of the Two Holy Mosques King Salman bin Abdulaziz Al Saud, released blessings on the Muslim faithfuls all over the world on the occasion of Eid Al – Adha celebrations.

Eid al-Adha(Festival of the Sacrifice) , is one of the two official holidays celebrated in Islam in honor of Abraham’s willingness to sacrifice his son Ishmael in obedience to God.

Al Saud prayed that progress would be the portion of every Muslim.

“My brothers and sisters residing on the land of the Kingdom of Saudi Arabia, brothers and sisters of Muslims in the east and west of the earth, peace, mercy and blessings of God be upon you, and happy new year, health, safety, and success from God, “ he said in a statement published by the Saudi Press Agency.

He also expressed gratitude for the effective coordination of 2021 Hajj season in light of the covid-19 pandemic.

The king was hopeful that in the year ahead the restrictions (of large gatherings) will be taken away for the feast to go as it has always been.

“In conclusion, we praise and thank God for the honor that this blessed country has bestowed on serving the Two Holy Mosques and their destination to the fullest, and for His success in managing the Hajj and Umrah seasons successfully in light of this pandemic and the restrictions and effects that it imposed on the entire world. To ensure the safety of the pilgrims, and thanks also to the workers and volunteers in all government and private sectors who contributed to the success of this year’s Hajj season.

“And I ask God to accept their Hajj from the pilgrims, and from other Muslims their good deeds, and to bring this feast back to the Islamic nation as it enjoys security, stability, safety and prosperity, and happy new year,” he added.

Earlier, the president of the United States, Joe Biden had felicitated with Muslims amid the Eid celebration, hinting that Americans would perform Hajj in Mecca by 2022.

“The Hajj, which convenes people from all walks of life and from every corner of the globe, is also a reminder of Islam’s commitment to equality and the shared roots of the world’s Abrahamic faiths. The United States is committed to working with the international community to emerge stronger from the pandemic, and thousands of Muslim Americans are among those eager to perform the pilgrimage next year, God willing,” he said in a statement published by the White House on Monday.

In Nigeria, President Muhammadu Buhari sent Eid greetings to the citizens while urging them to be patient with his administration as it was committed to delivering the dividends of democracy.

Through his spokesperson, Garba Shehu, Buhari charged Muslims on love, tolerance and patriotism.

“I urge all Muslims to continue to live in peace and harmony with their fellow Nigerians of other faiths in the spirit of peaceful coexistence. Let us pray for the progress of Nigeria at all times. Let us expose undesirable elements among us who are creating security problems for the country,: he stated on Monday.

US, UK, Others To Donate One billion Covid-19 Vaccine To Poor Nations

INSECURITY: UK, U.S. To Prevent Sale Of Weapons To Terrorists In Nigeria, Others

Ghana President Urges Support For Mali As He Hosts Buhari, Others