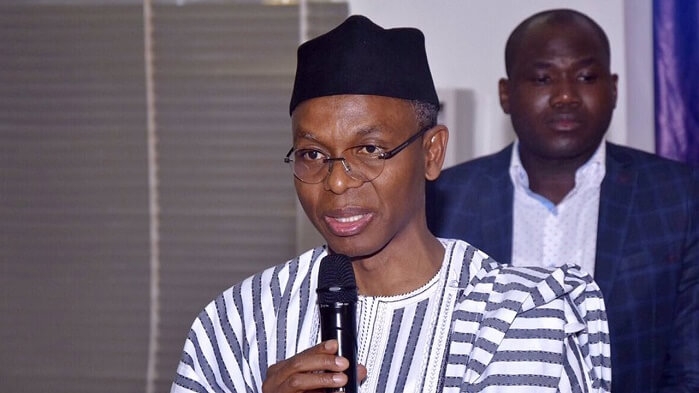 Kaduna State governor, Mallam Nasir El-Rufai has stated that he is not part of those that decide the affairs of the country at the federal level.

El-Rufal who was speaking to a select group of editors in Lagos over the weekend said that despite his close relationship with President Muhammadu Buhari, he was not part of the decision makers in Aso Rock.

While the governor admitted that there are cabals in the Presidential Villa, he said he was too busy with his state and did not have the time to join them.

He said, “It is not correct to say I am part of those that influence things in the Villa. Am I very close to Buhari? Yes. I worked very closely with him in the CPC (Congress for Progressive Change) when everyone had given up on him. I know him, I know how he thinks and he trusts me. He knows that I am driven by public interest. Do I participate in federal decision making? I don’t.

“I am too busy addressing Kaduna problems to be part of it. When I am called for an opinion or when I happen to be around, and I have an input or if I see something going seriously wrong; I drive and go and see Mr. President I have heard A, B, C, D.

“I don’t think it is not right, you should consider doing C, D, E. I do that and I drive back to Kaduna. My primary assignment is Kaduna. I am not involved in the Federal Government. People like to say and attribute so much to me, and sometimes it is good for me, it gives me a larger than life image. Is there a cabal?

You Won’t Believe This! Nigeria To Become 14th Largest Economy By 2050