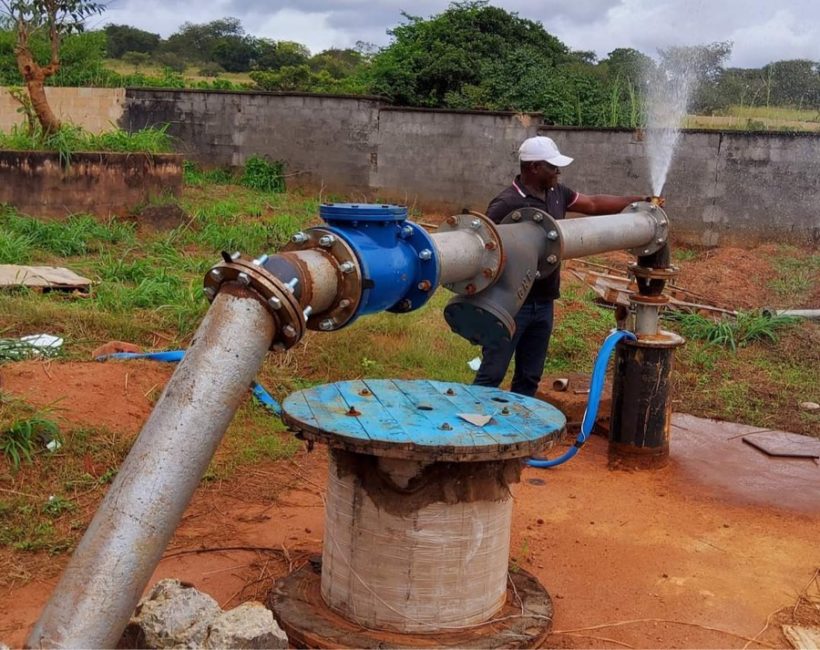 Residents of Enugu metropolis, Sunday, expressed optimism that the perennial water scarcity facing them would soon be a thing of the past. This followed the 90 percent completion of the conversion of 13 industrial boreholes at 9th Mile to solar power.

Engr Chima Agbo, residing at Agbani road, said, “This will ensure availability and sustainability of water reticulation to Enugu metropolis. Potable water has been a major headache for the residents. A larger part of the earnings of the residents go to purchase water.”

A food seller, Mrs Monica Ezeme, said, “Any government that can solve the water scarcity problem in Enugu metropolis has written its name in gold. Gov Ugwuanyi has done what looks impossible in the water sector since the creation of the state. The coal deposit in the state capital makes potable water impossible.”

Meanwhile, Dr Clifford Nnaji, the managing director of FordMarx Nigeria Limited, which is handling the rehabilitation of the 9th Mile Crash Programme, weekend, assured residents of Enugu that water scarcity would soon be a thing of the past.

THE WHISTLER reports that Gov Ugwuanyi recently awarded the contract to FordMarx Nigeria Limited for comprehensive rehabilitation of the 9th Mile Crash Programme which was abandoned after the administration of former Governor Jim Nwobodo of old Anambra State. Each of the rehabilitated boreholes is solar powered.

Nnaji said, “We are getting more than what we expected in terms of the quality of water. Soonest we will be rounding off. Water will be available at an affordable rate. We will not wait for the grid electricity or diesel powered generators to pump water.”

He said after servicing the 13 boreholes, eight of them had become in good working condition.
In his words, “There is enough potable water. The borehole can sustain more than the size of the pump we proposed initially. We had expected something about 500 cubic metres per day from a hole, but now we are getting more than double of what we expected.”

Nnaji listed other ongoing projects at the site to include perimetre fencing of 250 plots of land covering the facility, gully erosion control measures and a security tower with CCTV cameras.