Nigeria Politics
By Our Correspondent On May 16, 2022 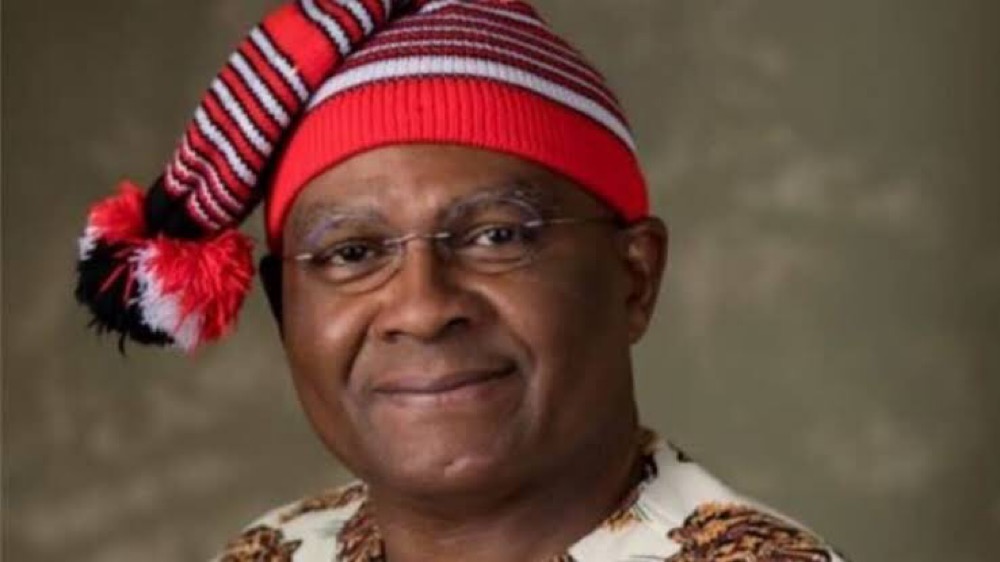 Senator Chimaroke Nnamani, representing Enugu-East senatorial zone in the Senate, has come under criticisms for foreclosing the chances of governorship aspirants from Isi-Uzo LGA of the state from emerging as the state governor in 2023.

Senator Nnamani, a former governor, was quoted to have said ‘Isi-Uzo is not going anywhere’ during a consultative meeting of his constituents at Agbani.

Our reporter gathered that Senator Nnamani was reacting to a billboard of a gubernatorial aspirant from Isi-Uzo LGA, Chief Chijioke Edeoga, that was mounted at Agbani and sponsored by a native of the community, one Prince Joe Nwuko.

The former governor had openly canvassed for his preferred candidate, Mr Peter Mba, to succeed incumbent Governor Ifeanyi Ugwuanyi. His insistence to produce Gov Ugwuanyi’s successor does not go well with some stakeholders who had accused the former governor of being overbearing.

Charles Egbebelu said, “Chimaroke was finished after he was defeated in previous senatorial elections. He was already on exile in the US. Gov Ugwuanyi was generous enough to resuscitate him, and now he wants to be dictating the pace for the incumbent. Our take is that Gov Ugwuanyi should determine his successor ahead of the main contest.”

For Johnson Okoro, “Gov Ugwuanyi made a mistake by bringing him back to political limelight. Former Governor Sullivan Chime abandoned Nnamani and ran his administration unhindered. Chimaroke has re-launched his Ebeano Movement, which produced high-profile politicians in the state, including Gov Ugwuanyi. By his calculation, the Ebeano Movement should determine who get what in the state.”

According to Hon Francis Ede, “He (Dr Nnamani) has always rated himself above our serving governor. Did anyone else remember that he boasted at the local government election rally in Isi-Uzo that whoever that refuses to shout Ebeano today must of necessity shout it tomorrow? That is pomposity of a spent politician.”

Jude Mba, a journalist, stated that, “Chimaroke is selfish. His inordinate ambition has no type. He wants to remain a senator. He wants to produce a governor. All from Nkanu land. He hates Isi-Uzo people because he feels they are not Nkanu. If he were wise, he would have relinquished his senatorial ambition to Isi-Uzo, and then campaign for his preferred Peter Mba, who has a case in the Economic and Financial Crimes Commission.

“He is afraid of Hon Chijioke Edeoga’s wide acceptance because Edeoga is not stained by their corruption and evil practices. He is the only aspirant that many see as capable of sustaining the peace in the state after Gov Ugwuanyi.”
Onyema Ede wrote, “A man on political life support cannot determine the fate of Isi-Uzo LGA, let alone Enugu State. Humiliation and embarrassing defeat awaits him. The Haman of our time will hang on the gallow he has built against Isi-Uzo LGA.”
Senator Nnamani’s media aide, Dan Nwomeh, however, refuted the allegations.

According to him, “All these attempts to instigate antagonism and hostility between the governor and the senator will continue to fail to the utter disappointment of detractors. The distinguished senator continues to appreciate and submit to the overall leadership of the governor.”

THE WHISTLER gathered that Isi-Uzo LGA was carved from Enugu-North senatorial zone to Enugu-East zone, whose turn it is to produce the next governor of the state, during the regime of Senator Nnamani as governor.

According to Sunday Ogbodo, “The addition of Isi-Uzo to Enugu-East zone was to enable the zone to become a senatorial district. But since then, people like Nnamani keep marginalising them both in politics and infrastructure. The local government has never produced a senator, secretary to the state government, minister, deputy governor, governor and any high-profiled position both at the state and federal levels. It has no government presence, except ones brought by Gov Ugwuanyi.

“They are made to play the second fiddle. The possibility of an aspirant from Isi-Uzo emerging as the PDP candidate has unsettled Senator Nnamani and his likes.”

Oyetola, Adeleke Trade Words Over Allegation Of Violence, Vote-Buying Ahead Of Osun…