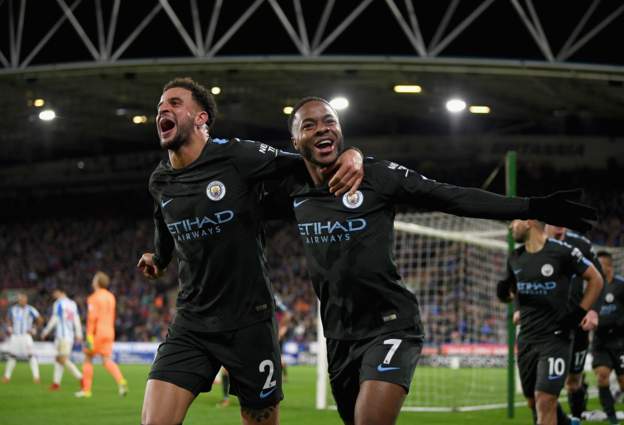 Pep Guardiola’s side equalled the club record – set in 2015 – despite falling behind just before the break through a Nicolas Otamendi own goal.

Sergio Aguero’s second half penalty cancelled a Nicolas Otamendi own goal at the stroke of half time.

“We came in at half-time disappointed, we wanted to get something out of the game and that’s what we have done,” Sterling told Sky Sports.

“When you have David Silva and Kevin De Bruyne behind you, you make movements and they will find you.”

Huddersfield’s Rajiv van La Parra was shown a straight red card in the 96th minute, after an incident with Leroy Sane.

Manchester City have become the first team to claim 37 points from the opening 13 Premier League games. They will move on to the magical 40 point safety mark if they beat Southampton at home on Wednesday

After Atiku’s Defection, APC Says It Is Stronger With Obanikoro