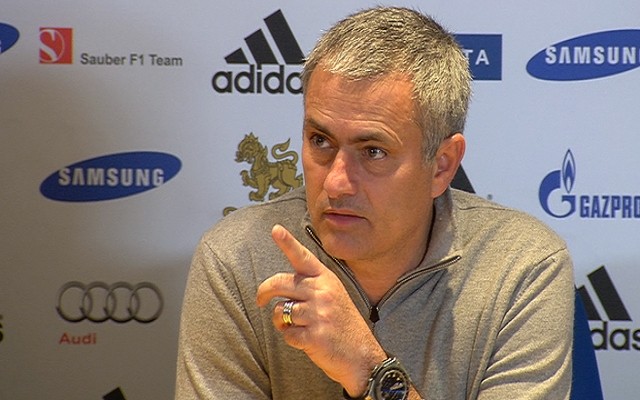 Chelsea manager, Jose Mourinho has been charged with misconduct by the English Football Association (FA), for his half-time rant at referee Jonathan Moss, and his refusal to leave match officials’ room during defeat to West Ham.

Mourinho, who is currently appealing against a £50,000 fine and suspended one-match stadium ban for post-match comments he made following Chelsea’s 3-1 loss to Southampton on October 3rd, was sent to the stands by referee Jonathan Moss during half-time at West Ham on Saturday.

The 52 year old, has until 6pm on Thursday to respond to the charge. A commission will then be convened and if the charge is proven, the level of sanction to be applied will be determined.

A statement from the FA read: “Jose Mourinho has been charged with misconduct in relation to his language and/or behaviour towards the match officials in or around the dressing room area at half-time.

“Chelsea coach Silvino Louro has also been charged with misconduct in relation to his behaviour which led to his 45th minute dismissal from the technical area.

Chelsea’s next match is a Capital One Cup tie away to Stoke City on Tuesday night before the crucial tie against rivals Liverpool at Stamford Bridge on Saturday.