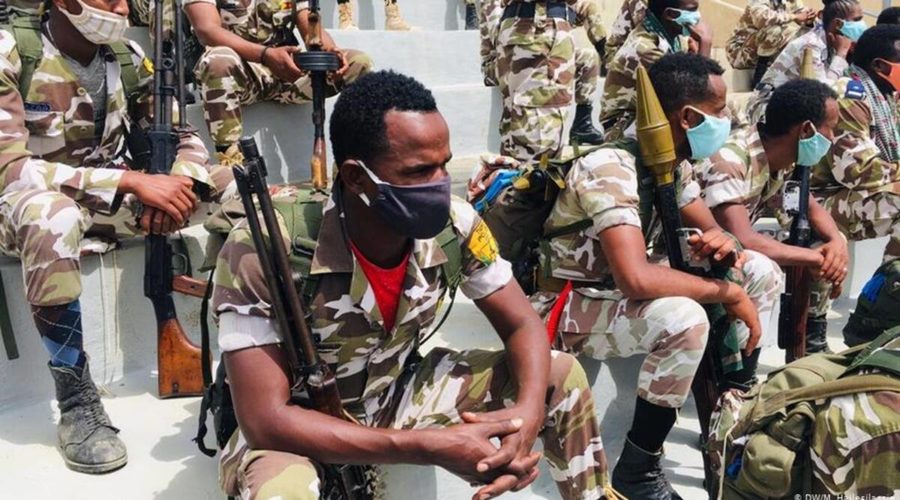 After days of serious conflict in parts of Ethiopia, the African Union (AU) Commission has expressed concern over the unsavory developments trailing the country.

In a press release published on AU’s website on Tuesday, the Chairperson of the AU Commission, Moussa Faki Mahamat, said that “the escalation of military confrontation in Ethiopia” is a sad story.

Mahamat called on all parties to embrace dialogue in the crisis bedeviling the Tigray region of the country, while assuring that the AU backed the indivisibility of Ethiopia.

“The Chairperson reaffirms the African Union’s firm attachment to the constitutional order, territorial integrity, unity and national sovereignty of the Federal Democratic Republic of Ethiopia to ensure stability in the country and in the Region.

“In this regard, the Chairperson appeals for the immediate cessation of hostilities and calls on parties to respect human rights and ensure the protection of civilians. He further urges the parties to engage in dialogue to seek a peaceful solution in the interests of the country.

“The Chairperson reiterates the continued readiness of the African Union to support an inter-Ethiopian effort in the pursuit of peace and stability,” he stated.

Meanwhile, the Ethiopian Prime Minister Abiy Ahmed Ali, has vowed to keep the country together.

“Our law enforcement operations in Tigray are proceeding as planned: operations will cease as soon as the criminal junta is disarmed, legitimate administration in the region restored, and fugitives apprehended & brought to justice — all of them rapidly coming within reach,” he stated in a pinned tweet on Tuesday.