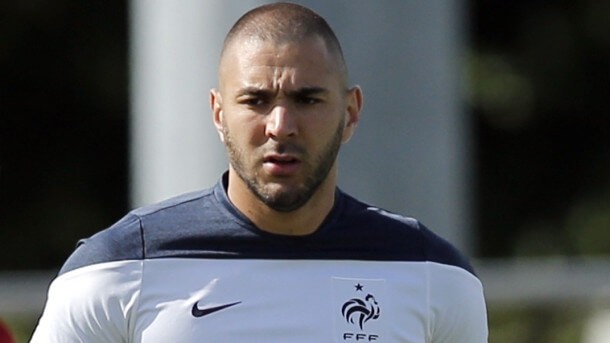 French striker, Karim Benzema has been axed from the list of players that will represent France at this summer’s Euro 2016 tournament.

The 28-year old pleaded his case for a recall to the national side by posting a video earlier on Wednesday. However, FFF later on Wednesday informed him that he will play no part in this summer’s tournament.

A statement on the FFF website read: “[The head coach] Didier Deschamps and [president] Noël Le Graët met to discuss the situation of Mr Benzema. The president of the federation and the coach would agree that athletic performance is an important but not exclusive criterion for selecting the France national team.

“The ability of players to work towards unity, in and around the group, are also taken into account. As a result, Noël Le Graët and Didier Deschamps decided that Karim Benzema will not participate in Euro 2016.”

Benzema afterward posted on Twitter: “Unfortunately for me and for all those who have always supported me. I am not selected for our Euro in France …”

The Real Madrid man is being investigated for his part in an alleged plot with his friend to blackmail France team-mate, Valbuena.

Dalung To Giwa: Show Me Your Court Order

Fuel Scarcity: TUC, NLC May Extend One Day Strike To One Week