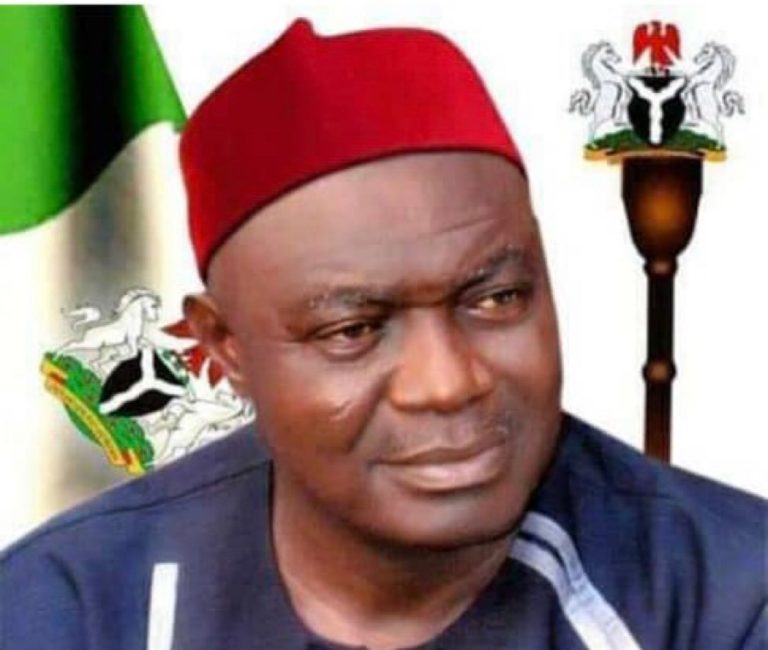 Friends and well-wishers of the late Hon Sunday Ugwu, the immediate past chairman of Enugu South Local Government Area of Enugu State, have continued to pay tributes to the fallen hero.

Sunday’s death occurred on Tuesday, 28 December, 2021 over an undisclosed sickness, THE WHISTLER gathered. Until his death, he was a senior special adviser to the governor of Enugu State, Chief Ifeanyi Ugwuanyi.

One of his aides, who chose not to be mentioned, told our correspondent that, “Mr Ugwu, popularly called Ogazere Nwata, achieved a lot during his reign as chairman of Enugu South LGA. It was under his administration that Gov Ifeanyi Ugwuanyi rehabilitated the Udenude bridge that connects Achara Layout, as well as the construction of the bridge linking various communities through the Inyama river. He was a loyal achiever, which made the governor like him.

“Under him, the council’s pavilion was initiated. He also constructed rural roads at Amechi-Uwani, expanded Garki market, paid outstanding leave allowances to his workers, rehabilitated various health centres, employed over 400 ad-hoc staff to ensure efficient vaccination and immunization exercises, among others.

“Sunday was the first council chairman to purchase Sienna buses and other logistics needed for the smooth take-off of the neighbourhood watch operations that made his domain very peaceful.”

THE WHISTLER gathered that the deceased, upon a report that his LGA was prone to flooding in 2018, in conjunction with the Enugu State Waste Management Agency (ESWAMA), embarked on sensitization and unblocking of blocked drainages, which averted the ecological dangers.

He had a wife and children.