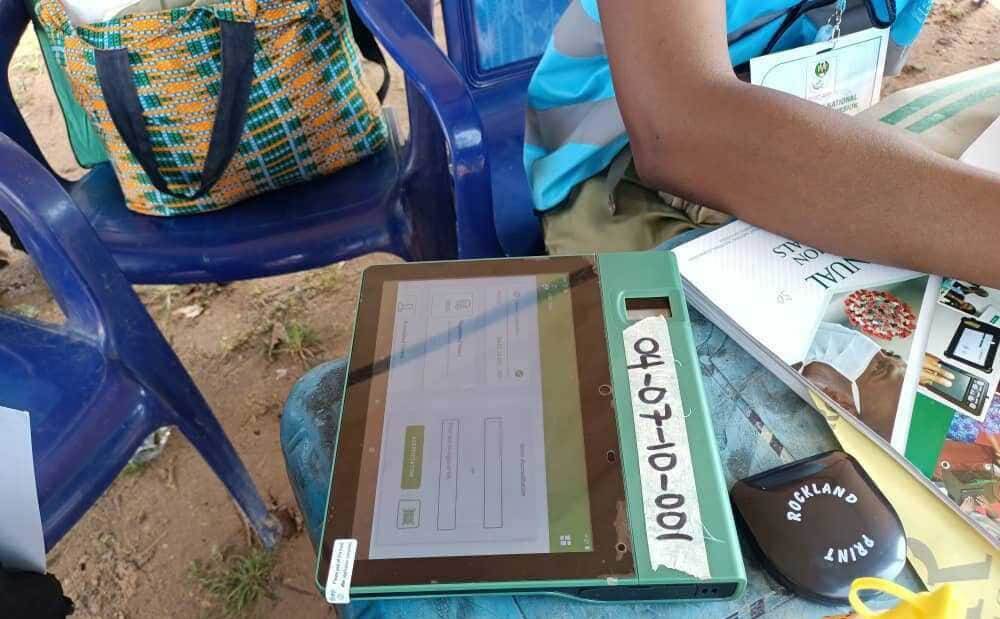 The Bimodal Voters Accreditation System (BVAS) deployed for the November 6 Anambra governorship election by the Independent National Electoral Commission (INEC) is believed to have been tampered with to favour a candidate in the poll, THE WHISTLER has been authoritatively informed.

A top INEC official who spoke in confidence because of the sensitive nature of the information, told this website that deliberate sabotage of the BVAS, shortage of ad-hoc staff, insecurity and voter apathy prevented smooth conduct of the poll.

Uba, who lost in his own local government, had rejected the outcome of the election and vowed to reclaim his “stolen mandate” through the courts.

THE WHISTLER had reported that other aspirants who lost the election had conceded defeat but faulted INEC over malfunctioning voting devices and deployment of inexperienced ad-hoc staff for the poll.

“The national electoral commission presented untrained and poorly trained staff who could not operate the voting machines in many places,” Ozigbo had said.

Ifeanyi Ubah of the Young Progressives Congress said although there were “anomalies” across numerous polling units, he won’t be going to court to challenge the results in the “interest of the state”.

But while attesting to some of the issues raised by the candidates, the INEC source absolved the party which won the election in the alleged BVAS sabotage.

According to the source, some INEC officials were induced by one of the major political parties in the election to ensure that the BVAS malfunctioned in strongholds of rival political parties.

He said because it is almost impossible to “tamper with our server” where collated results are electronically sent, the induced officials “had to do something to justify the millions they were given,” by allegedly ensuring that the BVAS malfunctioned in some wards and polling units.

He said, “The BVAS is connected to the server….no one can tamper with the BVAS without gaining access to the server.

“So, they (INEC officials) kept sending software updates, resulting in few people being accredited. The BVAS kept developing fault after accreditation of few voters. Officials on ground had to frequently download each update to install on the BVAS.”

The source said “even the gurus and experts among us” could not help, adding that “it was later around 4pm after people were already frustrated that the system started working perfectly.”

He said, “And that’s why I’m telling you that it was deliberate. Where the party in question (name withheld) knew they were unpopular, they ensured that the BVAS did not function well. They felt that after waiting for a long time, the voters would get tired and go back home and that was exactly what happened.”

The official said going to court was the said party’s plan “B” if it failed to win the election despite the alleged rigging plot meant to frustrate voters in other aspirants’ strongholds.

“People didn’t want the party and even the few people that voted for them did so because of the money they got. Some people got their money and did not vote them.”

The source further cited Ihiala LGA where “the thing worked perfectly without hitches” as proof that the malfunctioning BVAS in other LGAs was a deliberate sabotage.

Another INEC official who was on ground during the election told THE WHISTLER that, “a lot of people in the rural areas turned out for the election but were disenfranchised because of the malfunctioning BVAS.”

The official mentioned an instance where more than 700 people went out to vote in one of the polling units, but “the BVAS accredited less than 100 people.” The rest eventually went back home without voting.

In some places, the malfunctioning BVAS forced officials to allow manual voting, but the votes were later voided by INEC, said the official who also pleaded anonymity for fear of being victimized.

“A lot of results were cancelled, but the genuine ones showed that APGA won the election.

The official said voting was not rescheduled in polling units where elections were cancelled.

“The election we conducted in Ihiala was faultless because the BVAS performed perfectly and optimally.”

Besides malfunctioning devices, lack of trained personnel, late arrival of election materials and fear of violence were other challenges said to have affected the Anambra election.

The election was said to have recorded the lowest turnout of voters since 1999.

The INEC source told THE WHISTLER that few hours to the election, the electoral body was still running around to get people to man all the 5,720 polling units in the state.

“Up till around 12 midnight on Friday to 1 am on Saturday, we had not gotten enough officials to man the polling units and that was why we could not go out (early) on election day.

“Election was supposed to have started by 8 am but by 10am, we had not gotten people.”

Asked what happened to the ad-hoc officials trained by INEC to handle the devices, the source said “They did not come, their parents withdrew them because of the fear of IPOB. Because of the insecurity, people stayed in their houses especially in the state capital of Awka. People only turned out in villages because they wanted money from different parties.”

The source further said it wasn’t until later in the day that people started coming out in the state capital to vote.

— Election May Not Stand In Court —

The source expressed concern that if any of the aggrieved candidates challenges the election in court, it may be cancelled and the court may order a fresh election.

“He (Andy Uba) has a case because on that Saturday, there was general malfunctioning of the BVAS. We did not have enough personnel to man our polling units. On that note, he may go to court.

“I even support him to go to court, but he should be aware that the court cannot declare him winner of the election. The court may annul the election and order INEC to conduct another election within the next 90 days.”