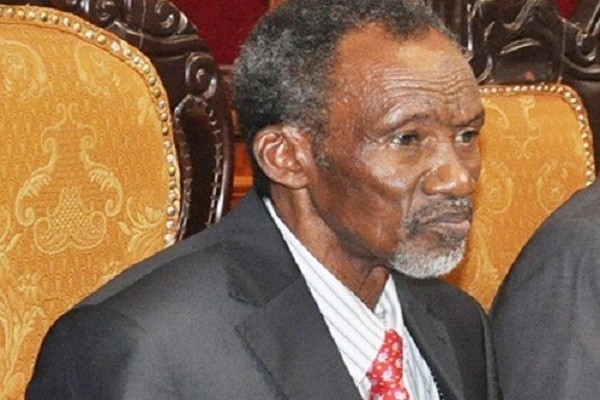 The Chief Justice of Nigeria, CJN, Justice Mahmud Mohammed, has called on the newly inducted lawyers to ensure that they fully comply with the ethical values guiding the practice of law in Nigeria.

Mohammed, who is also the Chairman of the Body of Benchers, gave the charge on Tuesday, during the Call-to-Bar ceremony organised by the Nigerian Law School (NLS).

The CJN said, “It is pertinent for me to remind you some salient truth about the Legal profession.

“The profession is known for its sanctity, integrity, honesty, objectivity and respect for the rule of Law.

“I therefore, implore you as learned friends, to exhibit the highest level of professional ethics and decorum wherever you find yourself and tenaciously guard the ethical values of the profession.

“As Lawyers duly called to the Nigerian Bar, you now qualify as Barristers and Solicitors of the Supreme Court of Nigeria.

“You are hereby granted the licence to appear before any court, from the lowest right up to the Supreme Court, which is the apex Court of the land.

“However, you must remember that you are expected to enrol at the Supreme Court, so that your name will be entered in the roll of Lawyers in Nigeria.

“Failure to enroll on the roll of Legal Practitioners at the Supreme Court is fatal to your chances of practicing, regardless of the certificates you have been given and the privilege of being called to the Bar in this hall today,” he stated.

According to the News Agency of Nigeria (NAN), both the Body of Benchers and the Council for Legal Education jointly organised the event for successful lawyers at the April/May 2015 bar examination.

Also speaking, Mr Olarenwaju Onadeko, Director-General of Nigerian Law School, said 14 out of 3, 600 of the new lawyers were part of the previous set.

He explained that students with “carry over” mostly took the April examination after two months of intensive preparations.

The director-general however noted that there was an improvement in the performance of the current batch in the April examination, compared to the previous batch.

Onadeko said, “The April 2015 examinations were undertaken by the resit students, after two months of intensive preparations.

“The compulsory intensive revision exercise was the timely and effective decisions of the Council of Legal Education for all intending resit candidates.

“Their performance at the examinations vindicated the decision because the success rate was 63. 8 per cent; the resit exam of 2014 returned a humble success rate.

“The correlation between the mandatory revision classes prior to the examinations and the attained result thereafter is glaring.

“It is our hope that the performance at the resit examinations will continue in the upward direction in the future.

“The May final Bar examinations was undertaken by 2, 851 students of the April entry class of 2014/2015 school year earlier referred to.

“They are dubbed the ‘backlog class’ but their performance has obliterated the tag; they achieved 68. 5 per cent outright pass and 2. 9 per cent conditional pass.

“The two together give a success figure of 71. 4 per cent; out of their number, four candidates attained the First Class grade, 109 obtained the Second Class upper grade.

“418 were classified in the Second Lower division and 1, 422 attained the pass grade.