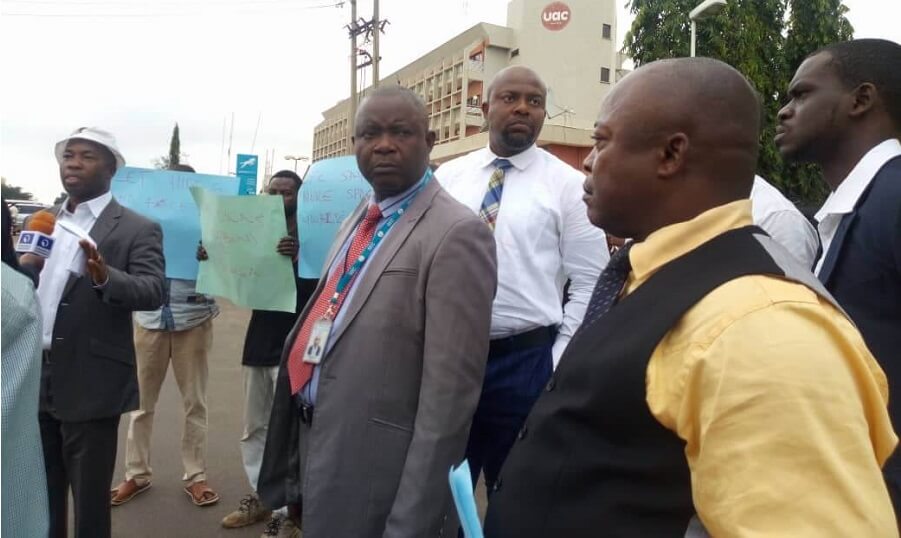 There are indications that the court order for the reinstatement of Dr Mounir Gwarzo is being resisted by the management of the Securities and Exchange Commission (SEC).

Some SEC workers under the umbrella of the Association of Senior Civil Servants of Nigeria were seen in the early hours of Monday picketing the Abuja office of the Commission and threatening to shut it down if Gawrzo is reinstated as DG of the Commission.

THE WHISTLER findings indicate that the protest may have been staged by the management of SEC in a bid to stop the likely return of Gwarzo as the head of SEC.

Our correspondent gathered that the media department of SEC had earlier sent out invitation to journalists to cover what was described as a “staged protest”.

A SEC source who pleaded anonymity told this medium that the protesters were allegedly “hired” by the management of the Commission.

Adeosun had suspended Gwarzo after an administrative panel of inquiry set up by the Federal Ministry of Finance headed by the permanent secretary, Dr. Mahmoud Isa-Dutse, levelled corruption allegations against the embattled SEC DG.

Time To Let PenCom Be

‘Are You Saying Judges Have No Right To Ask For Salary Review?’- Judge…