Nigeria Politics
By Wondrous Nnaemeka On May 20, 2021 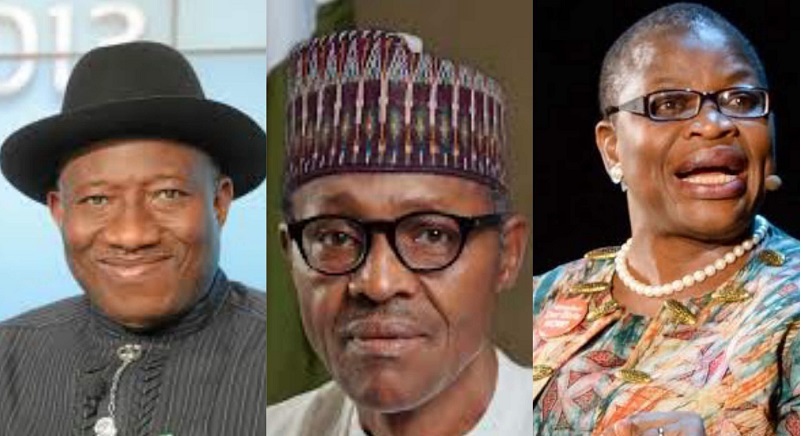 Nigeria’s former Minister of Education, Oby Ezekwesili, has debunked reports claiming that she used the Bring Back Our Girl Group (BBOG) Movement to frustrate the re-election of former president Goodluck Jonathan.

A media house (not THE WHISTLER) had published a report titled “Oby Ezekwesili! Chibok Girls kidnap was planned to Tarnish Jonathan’s image for Buhari to win.”

Ezekwesili is a co-convener of the BBOG movement which began after the kidnap of 276 schoolgirls from a secondary school in Chibok, Borno State, in 2014.

The report claimed that Ezekwesili allegedly said, “I was doing Bring Back Our Girls project with Hadiza Usman Bala in 2014” and that “I didn’t know she (Hadiza) was sent to the project by Fulani leaders to tarnish the image of Goodluck Jonathan for Muhammadu Buhari to win an election.”

But in a letter forwarded to the media house and made available to our correspondent on Wednesday, Ezekwesili’s lawyer, Abubakar Marshal (of Falana and Falana Chambers), denied the content of the report.

According to him, it was allegedly fabricated to hurt her good reputation.

The lawyer gave the company seven days to retract the publication or be sued in court.

The letter partly reads: “Your unprovoked defamatory assault of our client by portraying her as the author of your fallacious quote that is unfounded, misconceived and calculated to mislead the general public and expose our client to contempt, ridicule, odium and opprobrium and loss of good will.

“Furthermore, you are no doubt aware that your action has exposed our client to psychological and physical harm by those who may believe the #fakeNews spread out on your handle. Our client is no doubt alive to her rights both in flaw and equity but is disposed to offering you an opportunity to undo the evil you have done by retracting the said insalubrious publication on the same platform it was published and apologize to her in at least two national dallies.

“TAKE NOTICE that in the event of your failure / refusal to comply with the above demands within 7 days of your receipt of this letter, we have further instructions to institute a sult against you at the High Court of the Federal Capital Territory, Abuja for appropriate redress.”

Senate Proposes 15 Years Imprisonment For Payment Of Ransom To Kidnappers