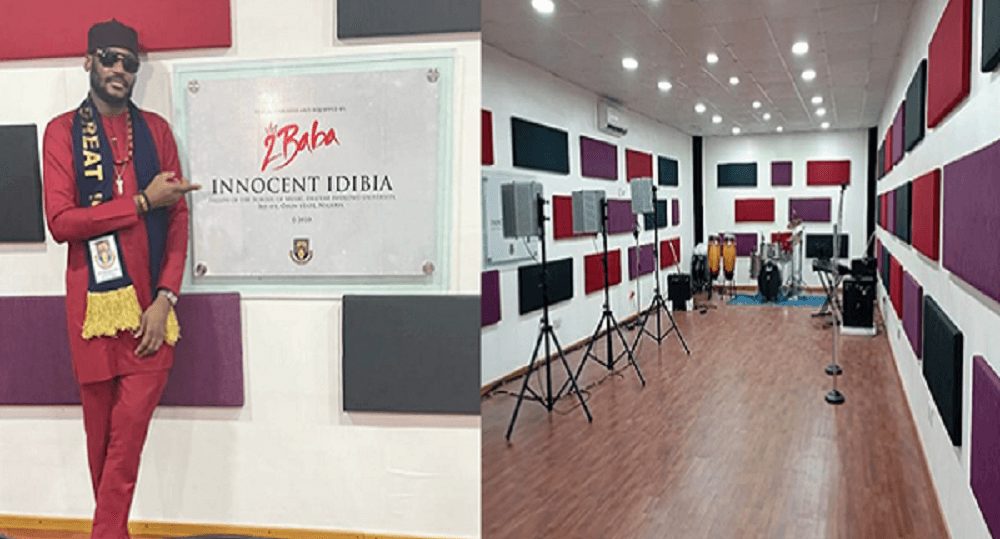 Fans of Nigerian singer Innocent Idibia, known by his stage name 2Baba has reacted over the low publicity of his donation of a studio to Obafemi Awolowo University, Ile-Ife.

The singer had on Tuesday inaugurated a multimillion Naira music studio, which he donated to the university.

A Nigerian comedian, Charlton Efe Egborge took to his verified Instagram page, @efewarriboy, where he shared a video of himself, and blamed the media for not giving the studio donation of 2Baba the desired publicity.

He said, “Dear Nigerian bloggers @official2baba just built a multi-million Naira studio for OAU. What happened to that news, it’s not negative I guess?”

Nollywood Actor Kunle Remi, while reacting to the comedian’s post said in pidgin, “I swear na Buhari fit this generation.”

Reacting to the video, Nollywood Actress, Annie Idibia, said 2Baba would have trended if he had impregnated someone.

According to the actress who is the wife of 2Baba, the donation did not trend in the media because it was not a negative news.

She added that if her husband had impregnated someone, everyone would have been talking about it on the internet.

The actress noted that the legacy was what mattered, and not whether the news trended or not.

“But, seriously though. my brother @efewarriboy, trend or not, the most important thing is that the legacy is there and it’s gonna be there forever.

“And as long as that university still exists in Nigeria our country, the next generation will still benefit from it and that’s what is important!

“It will always be there. It will be written in history! Our children’s children and the next generation would be happy and proud of their father.

“2Baba does not make noise. It is what it is. Man don’t even care if it’s out there or not. He made a promise to the faculty of music students in OAU and he delivered more than expected. Great Ife!”
While commending 2baba, @dareynow said, “Big move by 2Baba worthy of emulation and acknowledgment.”

Nollywood actor @mofeduncan said, “Painfully funny but it’s the reality we live in.

2023: ‘No Governor Will Smell Senate In 2023’-Ohanaeze Promises Ballot Revolution