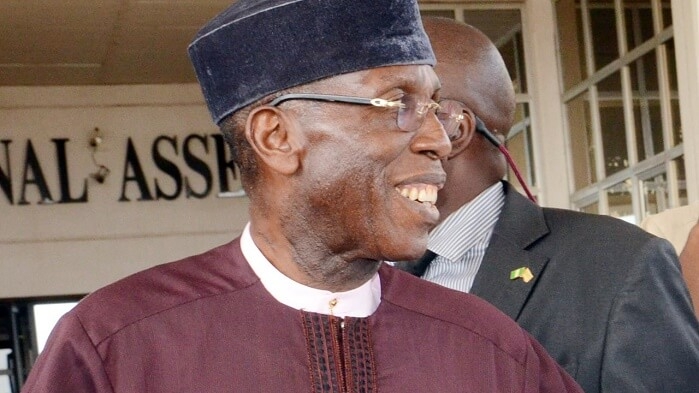 The Federal Executive Council (FEC), on Wednesday approved a new agricultural roadmap for food sufficiency, preservation and export in the country.

The Minister of Agriculture, Audu Ogbeh, who briefed journalists after the council meeting said the document titled ‘Green Alternative’ stipulates the steps the government needs to take in the next three years to return agriculture to its position in the nation’s economy.

According to the minister, in a bid to diversify the economy from oil, the 129-page document will raise agriculture’s share of the Gross Domestic Product (GDP) to 23 per cent; increase the share of labour force to 70 per cent; agricultural activity mix by 85 per cent crop production with a 15 per cent increase in livestock and other non-crop.

The roadmap will also facilitate the government’s capacity to meet its obligations to the citizenry on food security, safety and quality nutrition as well as increase budgetary provision for the agriculture sector by 2.0 per cent.

Giving insight into the road map, Ogbeh said: “It is a detailed document that outlines our policies and our objectives in trying to see agriculture as the next biggest alternative in our drive to diversify the economy.

“It outlines virtually everything we need to do; every policy we need to undertake to achieve self-sufficiency in agriculture and also to become major exporter of agriculture products.

“The situation in which we have been many decades ago is unacceptable. We are working hard on the staples to satisfy local production and we are fully aware that there is a major concern in the country for food self-sufficiency and that there is crisis in many families as a result of serious food shortage.

“But we are working hard and thank God that ours has not become as bad as one South American country, which was also a major oil producing country, by that I mean Venezuela, which situation is definitely a 100 times worse than ours.

“The point is that where we are going, we believe that in a short while, in another year and half in the maximum, we should be reasonably self-sufficient in grains like rice, maize and beans.

“We may not achieve everything in wheat but we will be very close to our targets. Other things are also there in the roadmap. And that is what council endorsed this (yesterday) afternoon.”

Highlighting the statistics on food imports, Ogbeh said: “Food has many species and varieties; we import about 40 to 50 per cent of the rice we eat; at a time it was almost 100 per cent, costing $5 million daily. That has been the situation in the last 20 years.

“We still import almost 70 per cent of wheat for bread?. We import about five million eggs per day from South Africa and some other countries. But we don’t import yams, garri and we don’t import beans. We use to import beans from Burkina Faso but that has stopped. We don’t import chicken although smugglers are quite busy every day. We import fish worth $600 million annually, but this is on the decrease because local fish production is increasing.

“We still import tomato paste. We are going to halt that in the next three months because local production capacity is almost satisfactory now. This is because the quality of the imported paste is doubtful. The importers are going to be very insistence that we can’t do it on our own but we will stand our ground.

“We import honey to the tune of about $100 million per annum; we still import cookies and biscuits and even toothpick but all these did not happen in one day. The idea is to reduce these imports.

“We import a lot of milk and some local production by Friesland and some of the policies we put in place will reduce and also eliminate. But we can’t achieve self-sufficiency absolutely in the next one year but we are approaching there.”

He also assured farmers across the country that the Federal Government has concluded plans to protect farms and agricultural investments against incessant attacks by the herdsmen with the deployment of members of the Nigerian Security and Civil Defence Corps (NSCDC).

The Council also approved the takeover of two federal roads in Kaduna metropolis by the state government for rehabilitation, as requested by the Kaduna State government.

The Federal Executive Council further called on other states of the federation to follow the example of Kaduna State instead of waiting for the federal government for the repair of such roads.