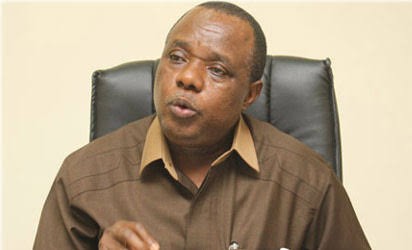 The Revenue Mobilisation Allocation and Fiscal Commission has said that the Federation Account is currently overstretched due to the persistent draw down on the account.

The RMAFC said the rate at which demands are made from the account by the three tiers of government was alarming, adding that the trend needed to be checked

THE WHISTLER had exclusively reported in July how the three tiers of goverment shared the sum of N3.29trn from the federation account between January and May this year.

The Federation Account is currently being managed on a  legal framework that allows funds to be shared under three major components.

They are statutory allocation, Value Added Tax distribution; and allocation made under the 13 per cent derivation principle.

Under statutory allocation, the Federal Government gets 52.68 per cent of the revenue shared; states, 26.72 per cent; and local governments 20.60 per cent.

The framework also provides that Value Added Tax revenue be shared thus: FG, 15 per cent; states, 50 per cent; and LGs, 35 per cent.

Similarly, extra allocation is given to the nine oil producing states based on the 13 per cent derivation  principle.

Buhari To Get New Revenue Allocation Formula In December- RMAFC

To reduce the stress on the Federation Account, the Chairman of the RMAFC Engr. Elias Mbam called on state governments to develop strategies to boost their internal revenues.

Engr Elias Mbam made the call while receiving an Annual States Viability Index from the Editor-in-Chief of the Economic Confidential, Mr. Yushau A. Shuaib in his office in Abuja.

According to the RMAFC boss, the Federation Account is overstretched by the over-dependence of the tiers of government and hence the need for state governments to develop strategies to boost their internal revenues.

The over-dependence on the monthly Federation Account allocation, Mbam said has made it imperative “for state governments to boost their Internally Generated Revenues “.

“I have come to realize that Economic Confidential has become a household name and its reports that are factual and authoritative should be useful, especially in guiding states whose revenues keep dwindling so that they can improve.”

Speaking on the report, Shuaib said it assessed and ranked States by their annual IGR in comparison to their receipts from the Federation Account Allocation.

Shuaib stated that apart from Lagos and Ogun States that ranked high in the revenue generation in 2019, more states have recorded impressive and encouraging IGR in 2019 compared to 2018.

The report showed that only Rivers, Kaduna, Enugu, Kwara and Zamfara States did well with regards to impressive revenue generation in 2019 compared to their IGR in the previous year 2018 by improving more than 10 per cent.

The states with the worst IGR performance in 2019 according to the report are Katsina, Kebbi, Borno, Bayelsa and Taraba States

Covid-19 Vaccines: WHO Promises Distribution Of Two Billion Doses By End Of 2021

Buhari To Get New Revenue Allocation Formula In December- RMAFC