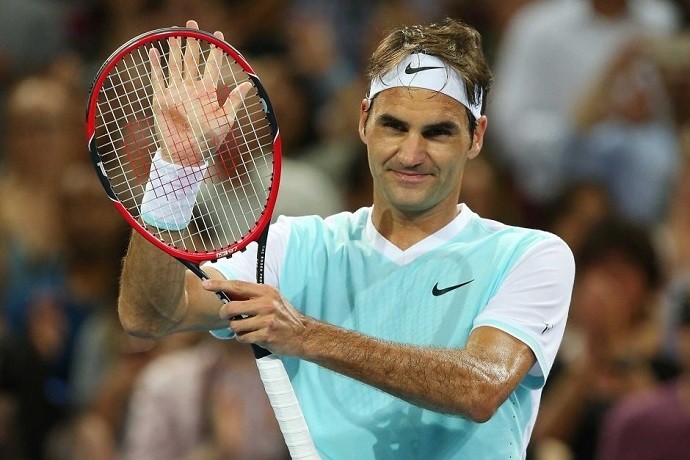 World number three, Roger Federer swept past Grigor Dimitrov on Friday to reach the fourth round of the Australian Open.

The 17-time grand slam champion is just six major victories away from equalling Martina Navratilova’s record as the most victorious player of all time.

The 34-year old who was defeated at this stage last time, his worst run at Melbourne Park since 2001, made no mistakes this time around, but it wasn’t an entirely convincing display from the four-time Australian Open winner, who committed an uncharacteristic 55 unforced efforts, compared to Dimitrov’s 44.

“It was a difficult position for me after losing the second set and Grigor was playing well,” Federer said. “I thought I was struggling a little bit. I didn’t feel it was really happening out there and it was an important start for me to the third set.

“Thankfully, I got the early break and I was able to stay in the lead and everything started to come back: the serve, my footwork… It was complicated, but those matches are even nicer to win, I must say.”

Federer now is 67 clear of No. 2 Jimmy Connors in Grand Slam singles wins. His aim now is for an 18th major title, he hasn’t added to his collection since winning Wimbledon in 2012. He got close last year, losing the finals at Wimbledon and the U.S. Open to No. 1-ranked Novak Djokovic.