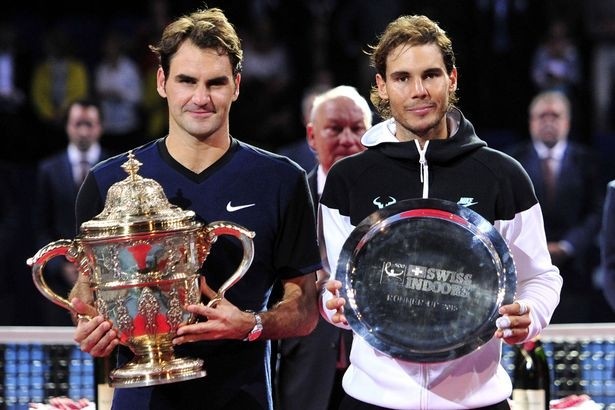 Roger Federer ended a five match losing streak against Spanish rival, Rafael Nadal in the final of the Basel Open, to claim his seventh title in his hometown.

It was the world number three’s sixth title of the season, and the 88th title of his remarkable career.

The match was the first between Federer and Nadal since the Spaniard won their Australian Open semi-final in straight sets in January 2014.

After the game, Federer expressed his excitement after he finally broke the deadlock over his old rival, following a three-and-a-half year wait, and he hopes to continue winning.

He said: “It was one of my best weeks in Basel, considering everything I’ve done throughout my career here.

“I thought the match was close. I had my chances in the second, but he fought back well, like he’s done throughout the week really.

“Overall I was really happy how I played and it was a very special day.

“I know I’ve had better backhand days and he’s had better forehand days than today, but the match was high quality and it was entertaining and exciting for both of us as well.

“The confidence is good, no doubt about that. It’s good to get back into the mood of winning after Shanghai.

“I think the body’s gotten used to match play again after all these weeks of not playing.”

Both men are building up to a challenge for the finale of the ATP Tour in London later this month, having already booked their places in the eight-man field.

Elsewhere, in the women’s final Agnieszka Radwanska claimed her maiden WTA Finals title with a 6-2, 4-6, 6-3 victory over Petra Kvitova in an absorbing encounter at the Singapore Indoor Stadium.