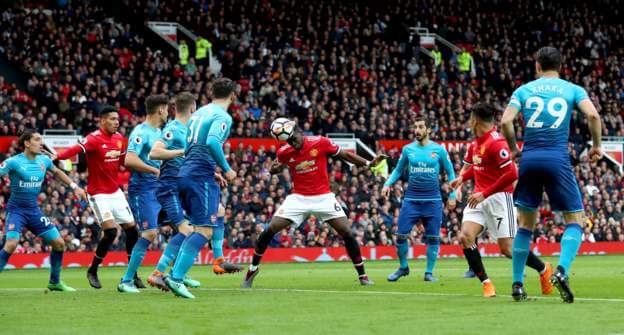 The Belgium international flicked a header past Gunners goalkeeper David Ospina in the 92nd minute to ensure Arsene Wenger’s final trip to Manchester United as Arsenal manager ended in defeat.

Paul Pogba had put United in front in the 16th minute but that goal was cancelled out by Henrikh Mkhitaryan early in the second half.

“I think we got what we deserved. We pushed and had lots of chances and we know Marouane’s qualities in the box. You can touch it with your hair with your nose as long as it goes in,” Pogba told Sky Sports.

“The team played well. I feel good, so does the team. We got the points that we want that we need. A perfect season would be to win the league, but we have been second for a long time. We want to get the second place and win the FA Cup final.”

Jose Mourinho’s side had a goal disallowed in the 88th minute when Fellaini headed against the post, with Marcus Rashford slotting home the rebound from an offside position.