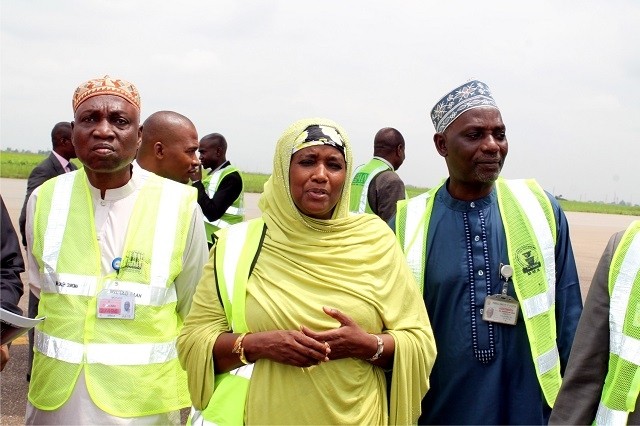 The country’s national carrier, Nigeria Airways, was liquidated in May 2003 by former President Olusegun Obasanjo. Previous administrations had made several attempts to resuscitate the airline, but were unsuccessful.

The new committee was inaugurated at the headquarters of the Federal Ministry of Aviation in Abuja, where the Permanent Secretary, Mrs. Binta Bello, expressed the hope that there would be a positive outcome this time.

The permanent secretary said that the committee has been given an ultimatum of four weeks to complete its assignment.

The terms of reference of the committee, according to the permanent secretary, include, “reviewing previous consultants’ submission and recommendations on a national carrier; to invite submissions from the Assets Management Corporation of Nigeria on the debt profile of the domestic airlines; and to consult widely with stakeholders on the establishment of a national carrier.

“Others are reviewing the report of the failure of Nigeria Airways and other private airlines; to consult with interested international partners on setting up a national carrier on public private partnership basis; to develop the best model for the airline for Nigeria; and to consider any other matter incidental to any of the above terms.”

Members of the committee consist of past managing directors of domestic airlines, senior officials of international carriers operating in Nigeria, aviation union leaders and heads of the Nigerian Civil Aviation Authority, the Federal Airports Authority of Nigeria, and the Nigerian College of Aviation Technology.

She said, “Let me state here that your nomination to this all-important committee is based on your proven track record, vast knowledge and experiences in your profession,

“You will agree with me that the justification for this project is beyond economic considerations. Other considerations include strategic national interest, national pride and job creation. Bello added.

The permanent secretary said that her hopes are high that the committee will pursue its given assignment with all commitment and vigour, bearing in mind its objectives, the importance and benefits of this national project.”