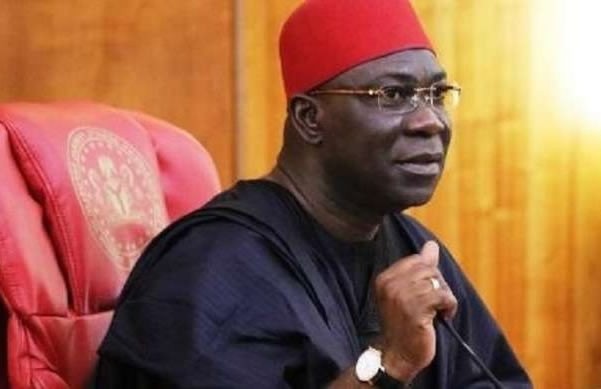 The Deputy Senate President, who spoke in Enugu while addressing people of Ezeagu local government council area of Enugu State during a solidarity visit, said that despite the contributions of Ndigbo in the development of Nigeria, “we are being provoked everyday by the government of this country”.

He further stated that, “we are also aware of the contributions of our people towards the development of this country. The Nigeria Movie Industry, which one of the major exports we have, Igbo’s pioneered that industry; in sports, Igbo’s are all over the world doing the country proud. When you see Nigeria national team playing, 80 percent most times are Igbos and we are happy to do that”.

He said Ndigbo had done so much to the country and deserved some respect, stressing that until “we get our respect, Nigeria will never be the same.

“So, any person who thinks that Igbos will be relegated and there will be peace in this country is joking. We believe in equity, we believe in justice.

“This country is big enough for everybody. Nigeria needs energy and ingenuity of Igbos, they need our creativity, they need the enterprise of Igbo man and we can combine the attributes with the other tribes and Nigeria will be great.”

The deputy President of the Senate who spoke with passion said Igbos will never accept the situation and that indeed no tribes would be excluded from the governance of this country because this country belonged to all of us.

Python Dance And The Bite Of Biafra

He said it may be dark today but there will light at the end of the tunnel.

He thanked the chairman of Ezeagu LGA, Mr. Chukwudi F. Ezinwa for uniting all the people of Ezeagu council area, stressing that in a short period, he had performed beyond his expectation.

He promises to work with him to change the story of the council area in everything that humans being could do.

He said that throughout the trying period of his election, Ezeagu people stood by him to the extent that some traditional rulers were dethroned.

Earlier in his remark, the Eziagu Council Chairman, Mr. Ezinwa appealed to the deputy President of the Senate to ensure the completion of federal roads government embarked upon in the council, especially those roads that erosion had cut-off.