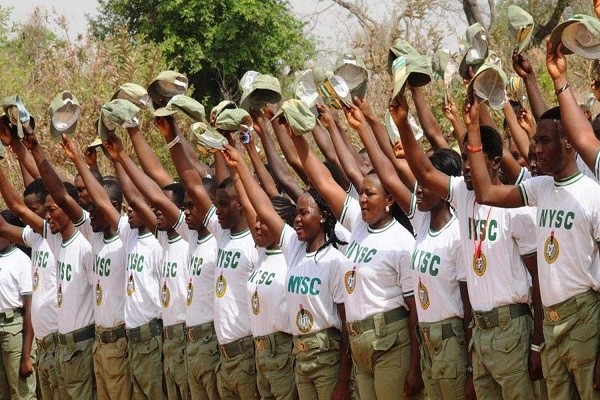 In a view to reduce the massive number of corps members in the nation the Federal Government is planning to make the National youth Service Corps (NYSC) scheme optional.

This came when the Director General of the NYSC scheme, brig. Gen. Johnson Olawumi was breefing President Muhammadu Buhari on the activities of the NYSC.

Speaking alongside the Director General of the NYSC was the Permanent Secretary Federal Ministry of Youth and Social Development, Mrs. Rabi Jimeta, she told the President that the growing population of the NYSC has become a challenge for the scheme to handle, this is as a result of the inability of the available funds to meet the needs of the participants.

She further explained to the president that the annual enrolment of corp members had increased from 2,364 at the inception of the scheme to about 229,016 in 2014.

“Given the increasing number of tertiary institutions, our projection is that the number of corps participants may rise to 300,000 by year 2020.”

The President in his response pledged his administration will support the scheme as it is a channel for the development of unity and integration in the nation.

He went ahead and applauded the scheme saying the objective in which the scheme was established is still pertinent even till today.

“I firmly believe in NYSC and I think it should remain a national programme to promote integration.

“Whenever I go home to Daura, I look out for Corps members from Lagos, Aba and other parts of the country.

“I am always thrilled to learn that except for the NYSC, some of them have never left their states of origin to visit other cities in the country.”

National Youth Service Corp was established in 1973 by the Yakubu Gowon administration.

Fayose To Buhari – Start Your Anti-Corruption Campaign From Your Party

NYSC Refutes Reports On Shooting Of Corps Members In Plateau

NYSC: Married Women Get Automatic Deployment To Their Husbands’ States