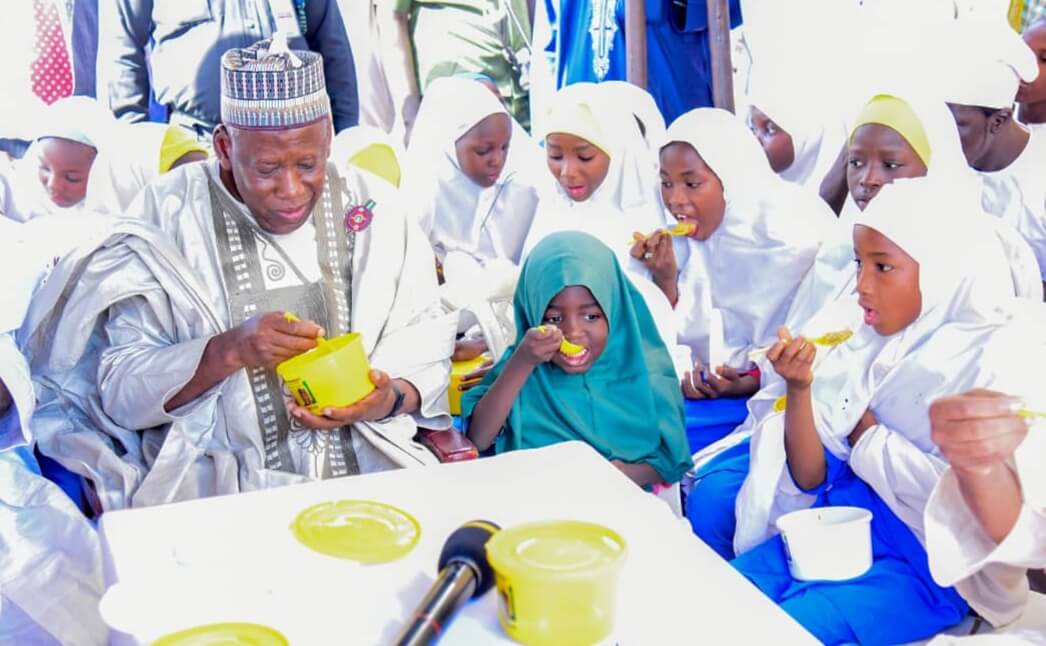 Ganduje stated this on Tuesday while playing host to the technical committee on the National Home Grown School Feeding programme (NHGSF) who visited him in his office in Kano.

The governor said, “in view of the above, pupils’ enrollment keeps increasing more than in any other state of the federation.

“When education is made free and compulsory, the number of pupils will definitely increase, even if you cannot afford it because it is made compulsory,” he said.

He appealed for validation of data of the beneficiaries to over two million, saying that pupils’ enrollment keeps increasing across the state.

The commissioner said that the state has a total of 12, 258 food vendors, who are also beneficiaries of the programme.

According to him, each cook receives N82,000 every 16 days to prepare food for the pupils in primaries one-to-three in the state.

The Northwest Coordinator of NHGSF, Alhaji Mansur Kuliya, said the team was in Kano for enumeration and data capturing of pupils benefitting from the programme.

“We are in Kano to bring more Nigerians under the umbrella of the government social protection mechanism by scaling up the number of pupils benefitting from the programme.

“And now, we have the mandate to register additional 5 million pupils by 2023,” he said.