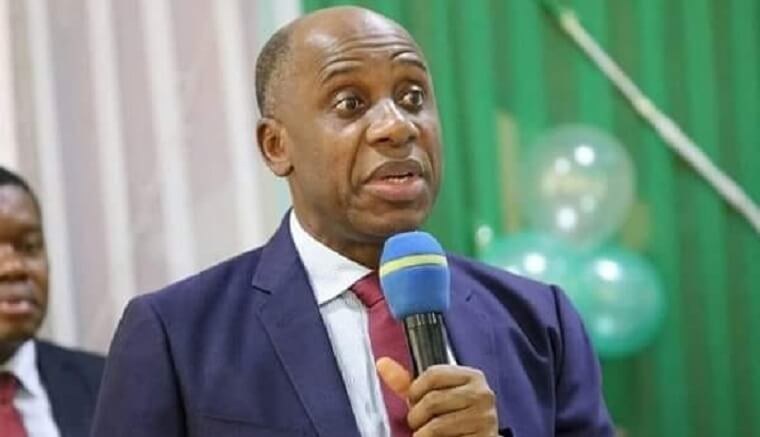 The Minister expressed disappointment at the pace of work at the institution after a tour of the school, to assess the progress of work.

He said the contractors must come to see him in his office in Abuja on Tuesday, January 2, 2022 to explain why the work has not progressed as planned.

He said, “The expectation is that by now they should have been able to complete nearly all the buildings but they said they are doing it in phases.

“If they continue at that pace it will take like 10 years for them to complete all the buildings.

“We have invited them to the office on Tuesday to explain why instead of taking the buildings at the same time, they are taking just two hostels, two classrooms,. That is not enough.

“The entire thing we agreed with them was that they were going to do a project worth $50m both management and construction and they have not done that here.

Why Is Amaechi Still In Office Despite Misleading The President And Breaching Oath Of Office?

“They chose to do what they consider to be phase 1 and they said by next year when they admit students, they would be constructing the phase 2.”

According to the minister, the project upon completion will be managed by the Chinese for a period of five years after which it will be handed over to the government

Meanwhile, the Minister said the Federal Government will need about $36bn to connect the entire nation by rail.

The minister explained that railway is capital intensive and this has made it difficult for private firms to invest in the sector.

He said the reason the Nigerian government has been borrowing funds from overseas is because only the government is able to come up with the needed collateral to take such loans.

When asked why the Kaduna-Abuja railway had not been linked to Lokoja, Amaechi responded, “If we had money, I would want to be the minister that initiated and completed the linking of Nigeria. All I need is $36bn. With $36bn, all of them (will be linked).

“The project from Itakpe to Abuja is $3.09bn. If we have that, we will start it tomorrow morning.”

The former governor of Rivers State said President Muhammadu Buhari had done exceedingly well in the area of infrastructure but said he feared that the gains of the Buhari regime would be reversed if the Peoples Democratic Party takes over in 2023.

Amaechi said Buhari was a unique President for the fact that he did not cancel former President Goodluck Jonathan’s projects but decided to continue them for the benefit of Nigerians.